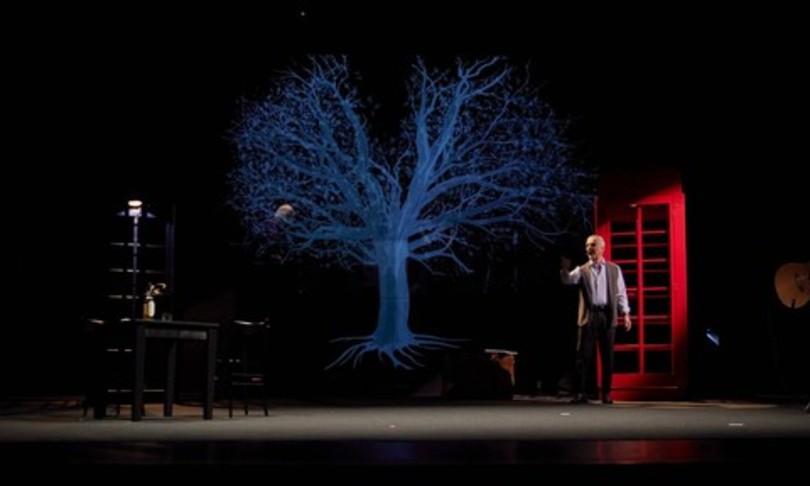 ` – When the lights darken the stage, a long applause rises from the audience. To clap, on the right side of the Courtyard of the carriages of the Reggia di Venaria, there is a small group of boys, the youngest will be fourteen.

“Funny I followed him on Sky, I really like hearing him talk”. Federico Buffa, who will turn 62 in the next few days, is the protagonist of “Amici Fragili”, the story of the meeting – which took place in Genoa in 1969 – between the footballer Luigi “Gigi” Riva and the singer.songwriter Fabrizio De Andrè. A show made under the direction of Marco Caronna, also on stage as a musician and singer, the contribution by Alessandro Nidi on the piano and a cameo by Paolo Fresu, on the notes of the Sardinian song “No potho reposare”.

“Watching people from the stage, especially the kids excites me – Buffa says to Agi – it’s a success that I can’t explain but that I collect with pleasure”. For some time, the Milanese journalist has moved from Sky studios to theater, re.proposing the format that made him famous in a more elaborate guise: telling stories of sports and legendary characters – some well.known, others forgotten – in an interlocking of memories , curiosity and coincidences.

In “Amici Fragili” the ambition is maximum, because Riva and De Andrè are celebrities intolerant to rhetoric, always far from the spotlight and reluctant to feed any sentiments and emotions. “The show – explains Buffa – is designed by Marco Caronna, who heard me tell this episode. Riva was attracted to the song “Prayer in January” of De Andrè and so after a Genoa.Cagliari he decided to meet the singer.songwriter in his Ligurian home. We imagined the scene and began to work on it ”.

Buffa has never met Gigi Riva. As a child, however, when the footballer returned home to Varese, the journalist, who lived nearby, got on his bike and lurked with other peers under the bomber’s home, which at the end of the 1960s was already a international football star.

“I don’t think he has ever seen the show and probably doesn’t even know it exists, everything I know about Riva is thanks to his sister Fausta. It was she who told me most of the anecdotes I bring to the stage ”.

Not to be denied that day Riva and De Andrè exchanged a few words and two memorabilia: Faber gave his guitar to Gigi and he returned it with the Cagliari number 11 shirt, just worn in the match against Grifo.

Certainly there was not enough material to build such a full.bodied show, but in this Buffa is a master. The two hours pass by between parallel events that at times seem to move inexorably away from the narrative core, but the author is able to re.enter with sudden swerves.

“I prefer theater to television, which is blood and immediacy. It bothers me today to consume everything so quickly, but the theater takes the time it needs. I’m not an actor, but the stage attracts me, it’s a special place ”.

At some point in the show, Buffa slips into a telephone booth and for a few minutes plays the role of Gigi Riva, in an imaginary and intimate dialogue with the parents who are no longer there. “I really cry, maybe because that’s something I’m telling myself. The relationship with my father was not easy, I also feel the story of Riva a little bit mine ”.

In the mare magnum of the network, the opinions on Buffa are almost all flattering. He deserves the credit for having revived a genre that already existed, but which perhaps needed to be renewed, with a more captivating look and an at times pressing pace.

“Before any show, whether on TV or in the theater, it is essential to prepare. I have always liked having so much material available, when I told the story of Muhammad Ali, if I remember correctly, I read thirteen books ”. The theater does not lie and it is impossible, seeing Buffa recited, not to perceive a sort of melancholy, nostalgia for the past.

“I think it’s quite normal for people my age to take refuge in a world they recognize easily. In this society that does nothing but seek consensus, extremely exposed ethically and visually, what I consider the most precious asset, our intimacy, is lost. Fortunately, even today, at least as regards sport, there are those who try to propose something different. I am thinking of L’Ultimo Uomo or Undici, examples that give an idea of ​​narrated sport, with young journalists who have passion and mastery of the subject ”.