How do you prepare for the “Corona Routine” around the world? 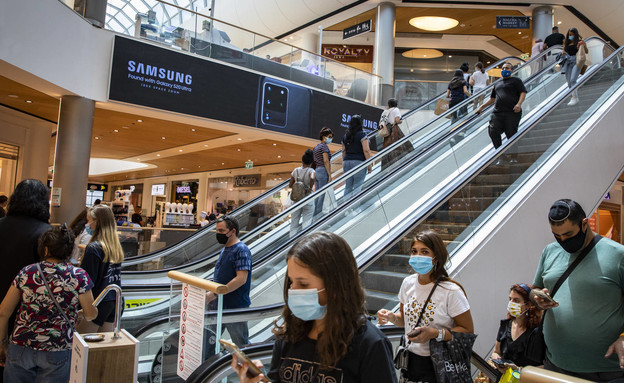 World morbidity continues to decline, but not as rapidly as it did in December. A lot of people got sick, and studies Starting to show That re-infection is rare, at least in the short term. As a result the virus has fewer people to infect and the spread of the disease moderates but does not stop.

In the UK, one of the first countries to experience the Omicron wave and the first European country to lift all restrictions on its residents, the morbidity is currently similar to the situation at the beginning of the wave: about 30,000 infected per day. The actual number is likely to be greater, since the number of tests performed today low Compared to the period before the current wave, and so is the motivation to do them. In the United Kingdom Stop This week with the tests in the schools and focusing mainly on risk groups. also in Israel Canceled The compulsory testing in middle and high schools, and it seems that the next step will be the primary schools.

Yet, Research Done in the United States shows that even nine days after people have been tested and found to be verified to corona, some may still infect others with the virus. This information is not surprising, as previous studies Reported About that a month and a half ago. Because in the United States, like Israel, they are automatically released from isolation within five to seven days, this means that the virus will continue to spread from the recovering and infect others. If two years ago we still hoped to reach zero morbidity, now it is clear that this is not a realistic aspiration in the near future, so, in a reality where most people have been vaccinated or recovered, the aspiration should be to return to a more or less normal life alongside the corona. The disease will continue to take a toll on health, especially from the vulnerable and the unlucky. This is the new reality, and we will have to learn to live with it.

Hong Kong, which prided itself on a “zero disease” policy, is now in a difficult situation. The morbidity there is rising, and with it mortality, and given that it is a huge and crowded city, it is certainly worrying. This week they reported a daily record of 117 deaths from corona, of which 91 percent were not vaccinated in two doses. The immunization rate in Hong Kong is about 70 percent of the population, but only 22 percent have received a booster dose (third dose).

As the world tries to put Omicron behind it pic.twitter.com/7ikH768pzC

Live with the corona

The US administration published A program for living alongside the corona, which includes some interesting elements. At the forefront are improving the production capabilities of vaccines and drugs and making them accessible to the public.

Due to the huge demand in the past year the United States does not want to be in short supply, and it is emphasizing increasing production of drugs and tests. It also invests in regulating the collection of information on the side effects of the vaccine and its decline over time, and creates a regulated route of testing and treatment for new infections. Another tier of the program is virus monitoring, which includes active monitoring through testing and monitoring of wastewater in order to detect as early as possible silent outbreaks and new variants, and on the other hand a vaccination development and approval route tailored to future variants within 100 days.

The US administration also understands that even if morbidity is low, the situation may change within a few weeks, as we have seen this winter, and it is important to arrive prepared for further waves. The authors of the program emphasize that it is extremely important to maintain the school routine in schools. They are therefore working to give schools tools to improve classroom learning conditions even during an outbreak, including classroom ventilation, testing and more.

One last and very important thing is that the administration in the United States understands that as long as not everyone is protected from the virus, no one is protected from it. They therefore anticipate that production targets will include surpluses that will allow vaccines and drugs to be delivered to poor countries as well, contrary to the storage policy we saw early last year. This is of course joined by the concern for the risk groups, the availability of tests, medical treatments for those who have been infected, and vaccines, vaccines, vaccines. However it is important to remember that plans and actions are separate, and this plan will still need funding and congressional support. Even a year ago they published A beautiful and impressive program And did not meet all its objectives.

Several studies published this week shed light on the effectiveness of children’s vaccines against the Omicron variant – and the picture is not particularly encouraging. Two studies show that the vaccines, which well illustrated their effectiveness against the Delta variant, are less effective against Omicron. All this in a very similar way to the usual vaccines for adults.

The first study Focused mainly on adolescents and children who are also immunocompromised, and showed a decrease in vaccine effectiveness over time. The second study, conducted in New York, focused on healthy vaccines and identified that with Omicron, the effectiveness of the vaccine in preventing disease fell to 51 percent in adolescents and only 12 percent in children. In preventing hospitalization and serious illness, the situation was better, but there was also a decrease in efficiency – to 73 percent in adolescents and 48 percent in children. Significant differences in efficacy were also found in 11-year-olds compared to 12-year-olds.

From the picture that emerges in the world, it seems that we are on our way to finding a golden path that will allow us to live with the corona. The vaccination routine is still evolving, but it appears to include annual booster doses, probably ahead of winter. The emphasis will be on accessing vaccines, treatments, tests and basic protective equipment such as masks, and on active monitoring for new variants and morbidity in its infancy. The scientific community and drug companies will continue to develop new treatments and vaccines and coping ability will only improve. At the same time, it appears that almost all restrictions have been released, along with a willingness to reimburse some of them depending on the illness. It is important to remember that living with corona does not mean ignoring its existence, it is a new disease that has been added to the basket of diseases we can get – more than once.

One more big and threatening question mark remains – what will be the next variant? In previous waves we have learned that variants tend to appear in areas with high morbidity. The latest wave has hit the world, so a new variant can pop up anywhere. It is also known that significant variants tend to appear with a large accumulation of changes, and sometimes in several different combinations. They usually start their journey after being “cooked” for a few months in a vaccine-suppressed person who has not been able to recover. Such a variant tends to be very different from its predecessors, and may be more contagious, more dangerous and more successfully elude the immune response of those who have been exposed to another variant or to vaccines adapted to another variant. To address such a scenario, states will need to closely monitor morbidity, share information and maintain a high level of immunity in the population. Even if we think it’s over, the corona is still here.