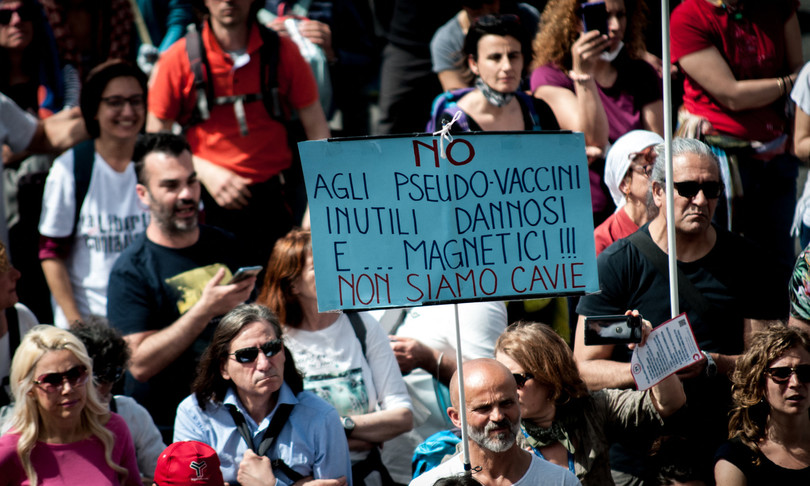 ` – “The anti.green pass events that took place in these days were not authorized”. This was stated by the Minister of the Interior, Luciana Lamorgese, in Caserta where she participated in the Provincial Committee for public order and safety in the Prefecture by answering questions from journalists.

“They are demonstrations – he added – in which past symbols have been used, as in Florence where they used the star of David; years that have passed that have nothing to do with the government’s measures that are instead adopted only for public health, because we have seen there are objective data and evidence that the more we go on with vaccinations, the more we will be able to return to a normal life. So – he concluded – those who believe they are not vaccinated do harm to the rest of the community”.

The minister also spoke on the issue of migrants– “We should have agreements with the countries of origin to carry out expulsions and not give the expulsion order because the expulsion order means keeping them in the territory or sending them to other countries where as soon as they set foot they are tracked down and returned to you. We are also moving with Europe for European.wide repatriation agreements, ”he said.

The one in Castel Volturno, where there are 15 thousand illegal immigrants, continued Lamorgese “is a problem that cannot be faced only by the mayor, it is a territorial area that is also a symbol of bad management of a big problem, as if it were not fully aware of what reality is. We take into account – the minister specified – that there has been talk of irregular immigrants who are not staying as of today, we are talking about second and third generations, so we are talking about interventions that have not been made for twenty years where no intervention has been made with a ‘ strong action by the state. I asked the Prefect for the nationalities to get a picture of the situation – he concludes – it is true that justice has times that are not always very fast, but in this case it is also people who have had the expiry date and who then did not leave , we must begin to intervene in a more surgical way. We cannot think – he concluded – of leaving a territory alone, but I also want to be realistic: there is no immediate solution because we should have agreements with the countries of origin to make the expulsions and not give the sheet of Street”.