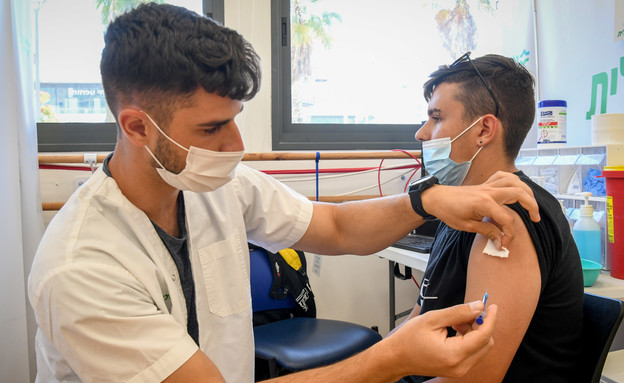 It was probably one of the most forceful speeches ever made by a prime minister to opponents of vaccines. Our freedom. “” I respect different opinions, but there is a moment and there is a place where this debate needs to stop – and that is the very life of us all, “he said.

Nava from Ramat Hasharon, 40, opposes the vaccine and refuses to vaccinate her children as well, responding: “Bennett’s speech made me laugh. I wonder what he thought to himself – that now we will run to ask for 5 vaccine doses? “Peggy attacks, but with all due respect to the Israeli economy – I do not act under pressure and I will not inject a vaccine into my body that could endanger my health.”

“Vaccine opponents really endanger us all”

Anar Otolengi, a doctoral student in immunology at Ben.Gurion University and a member of the Mada’at organization, thinks that despite the particular problematic way in which things were said, the speech consisted mainly of facts that cannot be debated. “There are a lot of strategies and research methods that try to crack what is the right way to deal with vaccine opponents and to spread false information, so I don’t think there is one clear truth here,” he says. “On the one hand – it should be taken into account that not all vaccine opponents have the same agenda, so there is something problematic in a general appeal that does not try to understand what is the personal motive that causes each vaccine opponent not to get vaccinated. And it could be more effective.

On the other hand, I hear people talk about Bennett’s speech being unfair and not even democratic in some ways. But in practice, all he said is actually facts – he said that science is clear about vaccines and that is true. Vaccines help prevent the transmission of the virus, and even if not absolutely it is still better than nothing. Beyond that, a corona vaccine helps to significantly reduce the chance of a serious illness and this is proven. Another fact that Bennett noted is that vaccine opponents endanger us all. This is true – they affect the overall level of immunity and impair herd immunity which is possible only thanks to vaccines. Moreover, when a patient opposes vaccinations, God forbid, he adds an unnecessary burden on the hospitals. ”

Do you think his things will bring about actual change?
“Maybe so. Sometimes a clear and sharp appeal can provoke the ‘right noise’ that will give a fight to the noise coming from the opponents of the extreme vaccines, those who flood the net with false and unreliable information. I do not think anyone who opposes the vaccine because of principle Will actually cause the opposite result and make him more fortified in his position, but it should be remembered that most vaccine opponents are total moderate people who ‘sit on the fence’ and all it takes for them to make the right decision and be vaccinated, is a slight boost. Precisely for them, I think that a speech of this kind can be useful and in this respect I think it is positive. ”

And what about the intention to require opponents to perform corona tests at their expense?
“In this matter, I am not sure that this is the right step. It should be remembered that performing multiple tests is in the interest of the whole population and I do not think it should be made more cumbersome, even if there is a certain educational element that is fundamentally correct. “I think we can reduce the transmission of the virus. On the other hand, it also happens quite a bit that people who come out positive in the test do not take care of isolation as required, so there is a general enforcement problem that needs to be addressed – both opponents and the general population.”

While some of us more or less agree with Prime Minister Bennett’s words, the question of legal validity that hovers over these things cannot be ignored – is it possible, for example, to require strict isolation for non.vaccinated immigrants and whether vaccine opponents can be required to perform corona tests at their expense? “D. Eyal Basarglik, an expert in administrative constitutional law and criminal affiliation, although no one can be forced to get vaccinated,” because this is contrary to the Basic Law of Human Dignity and Liberty, “but it is certainly possible to impose various sanctions in light of the situation. “When there is a danger to the public and its security, it is certainly possible to act to promote incentives towards the population that causes the risk. Although no one can be forced to get vaccinated, one can try to influence it with various incentives, and there is no doubt that “The widespread infection cycles caused by the return of those staying abroad, and according to the Public Health Ordinance and the Temporary Order of the Corona Regulations, returnees from abroad can be required to enter isolation so as not to harm public health, and more stringent isolation may be required.”