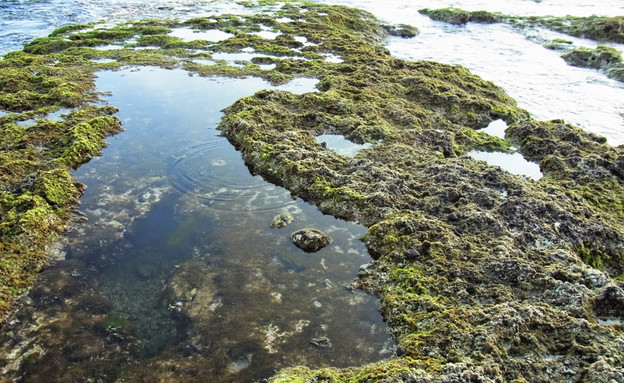 In severe wounds or chronic wounds, which take a long time to heal, the injured tissue is severely damaged, and with it the blood vessels that supply it with oxygen. Oxygen is essential for the function of the body’s cells in general, and for the healing process from injuries in particular. Nowadays, to raise the oxygen levels in the body, doctors use devices like Pressure chamber, where patients are in an environment of one hundred percent high pressure oxygen. However, the use of a pressure chamber is expensive, and the efficiency of the penetration of oxygen into the tissues directly from the air through the open wound is lower than the penetration efficiency of the oxygen dissolved in the fluid, as it is in the blood.

Hence, researchers decided to try to treat severe wounds with the help of algae. Plants emit oxygen as a by-product of the process Photosynthesis, and algae emit it as dissolved oxygen directly into the aquatic environment in which they live. Algae will therefore be able to provide wounds with oxygen dissolved in water over time and continuously. However, the idea raises question marks: for example, how will our body react to the presence of foreign organisms, and in particular unicellular algae? Seemingly, it makes a lot of sense for the body to reject the algae and try to attack them, thus creating inflammation and making the situation worse. To test the operation of such a complex system, it is customary to start In animal experiments And only then proceed to human experiments.

Is dressing effective in humans as well?

In a clinical trial Conducted by a research group from Santiago, Chile, and whose findings were published in the scientific journal Frontiers in Medicine, the researchers examined whether the algae would also be suitable for treating serious wounds in humans. To do this, the researchers used carpets Collagen Into which algae were injected. The researchers also developed a special illumination device to provide algae with an appropriate amount of light that would allow them to produce as much oxygen as possible. The researchers monitored the wound healing process, as well as the patients’ immune response, using blood tests. The researchers did not see an immune response against the algae, and the wounds did heal. Thus they proved that the proposed treatment does not cause infections or an inflammatory process. After 21 days of initial treatment, the researchers implanted new skin on the collagen mats. Examination showed that the algae remained in the collagen mats after one week, but not after 21 days. The remaining collagen was received by the body and the wound fully healed.

It is important to note that the study in humans did not include an algae-free control group, so it is impossible to know whether the treatment accelerated recovery, or whether it simply did not harm patients. This is in contrast to the previous study in mice, which did clearly show that dressing with algae helped heal wounds. In any case, this is a breakthrough: This is the first study to use live unicellular algae to provide oxygen to wounds in humans. The study shows that unicellular algae can be used without eliciting a significant immune response in the patient’s body, and opens the door to further studies that will examine the feasibility of treating humans with unicellular algae.

The new study done in humans, and the study conducted on mice in China, join For other experiments In animals and cell cultures, algae are used for point enrichment in oxygen. Perhaps in the future we will see in the corridors of the hospital, alongside the familiar bags of blood and fluids, also green bags full of algae.

Coronavirus in the world on September 26, 2022: over 620 million infected, more than 6.5 million died. Statistics by country