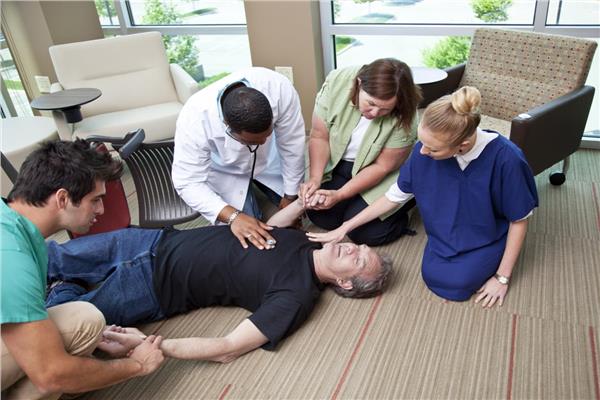 Sudden death in young adults is rare, but those at risk can take precautions. Learn more about risk factors, causes and treatments.

Rarely, sudden death occurs in people younger than 35, often due to undetected heart defects or overlooked heart abnormalities. When these sudden deaths occur, they often occur during physical activity, such as exercise, and more often in males more than female.

Millions of elementary, high school and college athletes compete each year without incident. If you or your child is at risk of sudden death, talk to your doctor about precautions you can take.

How common is sudden cardiac death in young people?

Most deaths from cardiac arrest occur in the elderly, especially those with coronary artery disease. Cardiac arrest is the leading cause of death among young athletes, but its incidence is unclear. Perhaps 1 in 50,000 sudden cardiac deaths occur annually in young athletes.

What can cause sudden cardiac death in young adults?

The causes of sudden cardiac death in young people vary, most often, the cause of death is a heart disorder.

For a variety of reasons, something causes the heart to get out of control. This abnormal heart rhythm is known as ventricular fibrillation.

Some of the specific causes of sudden cardiac death in young adults include:

In this usually inherited condition, the heart muscle walls thicken. The enlarged muscle can disrupt the heart’s electrical system, resulting in a fast or irregular heartbeat (arrhythmia), which can lead to sudden cardiac death.

Hypertrophic cardiomyopathy, although not usually fatal, is the most common cause of sudden cardiac-related death in people under 30 years of age.

The most common cause of sudden death in athletes, HCM often goes undetected.

Sometimes people are born with abnormally connected heart arteries (coronary arteries). Arteries can become compressed during exercise and not provide proper blood flow to the heart.

An inherited arrhythmia can cause a fast and chaotic heartbeat, often resulting in fainting.

Young people with long QT syndrome are at increased risk of sudden death.

Other causes of sudden cardiac death in young adults include structural abnormalities of the heart, such as undetected heart disease that was present at birth (congenital) and malformations of the heart muscle.

Other causes include myocarditis, which can be caused by viruses and other diseases. Besides long QT syndrome, other abnormalities in the heart’s electrical system, such as Brugada syndrome, can cause sudden death.

Commotio cordis, another rare cause of sudden cardiac death that can happen to anyone, occurs as a result of a blunt blow to the chest, such as being hit by a hockey puck or another player. A blow to the chest can cause ventricular fibrillation if the blow strikes at the exact wrong time in the heart’s electrical cycle.

Are there red signs or symptoms that parents, coaches, and others should watch out for that indicate a young person is at risk of sudden cardiac death?

These deaths often occur without warning, and indications to watch for include:

If this occurs during physical activity, it may be a sign of a problem with your heart.

Another major warning sign is a family history of unexplained deaths before age 50. If this occurs in your family, talk to your doctor about screening options.

Shortness of breath or chest pain may indicate that you are at risk of sudden cardiac death. It can also indicate other health problems in young people, such as asthma.

Can sudden death in young adults be prevented?

sometimes. If you are at high risk of sudden cardiac death, your doctor will usually suggest that you avoid competitive sports. Depending on your underlying condition, medical or surgical treatments may be appropriate to reduce the risk of sudden death.

Another option for some, such as those with hypertrophic cardiomyopathy, is an implantable cardioverter-defibrillator (ICD). This device is about the size of a pager implanted in your chest like a pacemaker that constantly monitors your heartbeat. If a life-threatening arrhythmia occurs, an implantable cardioverter-defibrillator delivers electrical shocks to restore a normal heart rhythm.

Should young people with a heart defect avoid physical activity?

If you’re at risk of sudden cardiac death, talk to your doctor about physical activity. Your ability to participate in exercise or exercise depends on your condition.

For some disorders, such as hypertrophic cardiomyopathy, it is often recommended that you avoid most competitive sports, and if you have an ICD, you should avoid impact sports.

But that doesn’t mean you need to avoid exercise. Talk to your doctor about restrictions on your activity.

Read also|Women’s crown.. How to make henna for red-purple hair