“You look like a Muselman”: the horrible sentences doctors say 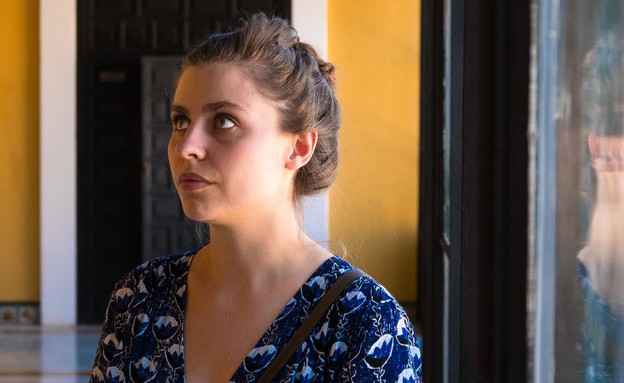 When Zohar Elimelech, a blogger and feminist writer, tweeted the following, she certainly did not think she would get so many responses that reveal similar stories. “Once in a challenging time in my life I lost a few pounds like that all of a sudden (well not really all of a sudden, I had no appetite I was in a tough place), so a doctor I came to to check why I lost weight told me I looked like a Muselman,” she wrote. She signed the tweet with the question – “What is the worst thing a doctor said to you?”.

These words sparked a fascinating discussion on Twitter, and judging by the disturbing reactions that came immediately afterwards, it seems that Elimelech is really not alone in the story.

“Terrible statements have stayed with us for so many years,” she tells us. “Sometimes they define us without us noticing, sometimes they scratch us and hurt us. The situation is especially serious when a terrible statement is made by a doctor who is supposed to treat us. Beyond the fact that the thread created is very depressing, a lot can be learned from it “Midwifery, misogyny, sexism. I hope that those who study medicine will read some comments and learn how not to talk and what not to say to their patients.”

Once in a challenging time in life I lost a few pounds like that all of a sudden (well not really all of a sudden, I had no appetite I was in a tough place)
So a doctor I went to to see why I lost weight told me I looked like a Muselman.

doctor.
To him.
I arrived.
Advice.

What’s the worst thing a doctor has ever said to you?

So what reactions did we find there? Here are a few:

“I complained of abdominal pain and the doctor told me I was just under pressure from a test. 24 hours later (and after the test), I went to the emergency room and had an appendicitis,” one of the surfers shared.

“Get pregnant, it will fix all your back and pelvic problems,” said another surfer about things she heard from the osteopath (a therapist in the field of complementary medicine) who treated her.

In contrast, another surfer shared about a humiliating treatment she had to endure from a doctor who – how to say, did not really like her hair: “I went to a new family doctor after I opened my head because I fell. “Like Ben, I would not be surprised if I was injured like Ben. When he heard that I was single, he said with a smile, ‘Well, I told you you look like Ben.’ I went to the doctor that day.”

>> “While I was naked in front of him, the Dr. chose to answer the call”

And if discriminatory treatment of women is the standard, among the responses we also found the following response, which proved that men also encounter comments about their appearance: “I went to get a referral for blood tests before surgery, and he asked if it was a small nose surgery.”

By the way, if you thought only doctors could be sexist and tactless, the following case would make you change your mind: “First gynecological examination. Her hand is inside me and she asks ‘Say, I’m not the first here, right?'”

More in-mako health:
>> How do people reach the age of 100? A scientific explanation has been found
>> You do not use this oil enough – which is a shame
>> The women who fight medical menophobia

“It is essential to uphold the right to proper, professional, and proper humanitarian care”

Did you also encounter a disgusting reaction? An out of place comment? It is important not to be silent and it is worth complaining. “In any case where a patient feels that they have been harmed by a staff member, it is possible to contact the fund’s public inquiries department for further treatment,” the Maccabi HMO reports. And in general they say: “To the extent that a complaint before us about inappropriate statements is examined and found to be justified, then it will be dealt with by disciplinary measures.” The Leumit Health Fund also promises: “In any situation where a Leumit patient feels that he has been harmed by a member of the HMO’s staff, in words or deeds, he is welcome to contact the HMO’s public inquiries to file a complaint and clarify.” What this actually means is hard to understand. But it is important to insist. It is possible and necessary to change that.

“The Patient Rights Law stipulates that patients are entitled not only to adequate care both in terms of professional level and medical quality, but also in terms of human relations,” says Shmulik Ben-David, chairman of the Patient Rights Association. Patients encounter a disgraceful treatment, it is essential to uphold the right to proper, professional and proper treatment in terms of human relations, and it is important to apply to the public inquiries departments in the health funds and hospitals. The patient must determine the identity of the attending physician. “