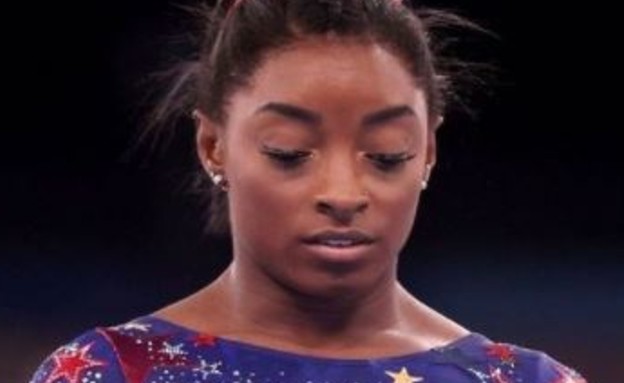 They are stronger than most of us, healthier and more beautiful. They enjoy what they do for a living, and sometimes also make a living from their hobby, which is not a profession, not bad at all. They are revered, loved, and they are role models.

They are very prone to serious bodily injuries and head injuries. They are subjected to enormous physical loads, almost inconceivable media pressure and a crowd hungry for successes and failures. They know that any professional failure may change their financial future almost immediately in the long run. They know that success or failure sometimes depends on the hairline. Their resilience also depends, at times, on the exact same hairline.

They are human beings.

They are human beings. Athletes are human beings. And like humans, they can run into difficulties, have accidents, get divorced, get sick, and even suffer from mental health issues. The ancient stigma about athletes’ mental immunity to problems such as depression and anxiety has long been dispelled, and many studies show that such disorders are at least as common among them as they are among the general population. However, it seems that the public is still having a hard time accepting the fact that mental health issues are health issues for everything, and that they need to be addressed accordingly.

On the face of it, the problem starts in the audience, or alternatively in the media, but it permeates deeper. Coaches and clubs who are unaware of the importance of recognizing the mental difficulties of athletes lead to repression and lack of proper care. An athlete may suffer from real distress and still refrain from reporting it due to the fear of being perceived as weak, incapable, as one who is unworthy and unable to withstand the pressures necessary to be successful. In some cases, such a report may hurt the funding he receives or the appreciation his coaches acquire for him, and if the difficult situation can be avoided – what good. In the long run, it is likely that his athletic performance will hurt, along with impairing his self.worth, sense of ability and desire to continue playing the sport in which he is engaged, not to mention deeper consequences, inherent in consistently high stress levels, of life outside the athletic field. A person can hide depression better than he can hide a torn ligament, though, but even that is only up to a certain limit.

Different studies show different numbers, but the consistent thing is that on average at least 1 in 20 athletes suffers from depression, and the numbers for anxiety disorders are slightly higher. Therefore, it can be assumed that the Olympic Games currently taking place in Tokyo are attended by hundreds of athletes suffering from mental distress. To further illustrate, it can be assumed that in every football team there are on average at least two players who suffer from mental difficulty which must be addressed.
About how many of these athletes do we hear about? How many of them talk about their feelings in public? The answer to these questions, to be honest, is not really interesting. What is interesting is that not only we, as a public, do not hear about these cases, but probably also the coaches, and more importantly – the medical staff and psychologists who accompany the athletes in the various industries.

“When he [פסיכולוג הקבוצה] Talked to us, everyone reacted the same way: I feel good, there is nothing wrong, stay away from me, I do not want to talk to you. When you’re part of a team, you do not want others to think that something is wrong with you or that competitive sports are not for you. You mingle with people in the locker room, maybe you’re closer to some of them, but that’s it. Nobody is going to take all the layers off of him and tell how he feels. ” These are the words of former footballer Per Mertesacker – former captain of the English Arsenal team and world champion with the German national team in 2014 – in an interview with the German “Der Spiegel” in 2018. The conclusion is clear: athletes refrain from talking, sharing and seeking treatment for mental health related issues; Much more, by the way, than they refrain from treating a bodily injury.

Raising awareness of the importance of identifying and treating mental disorders is crucial, not only for elite elite athletes, but also – and perhaps most importantly – for boys and girls who dedicate their lives to sports, many of whom face acute mental difficulties without assistance from their immediate environment and lack of attentive ear. Senior athletes who speak candidly about mental stress, anxiety and depression have emerged in recent years and have helped raise awareness of the issue. But legendary swimmer Michael Phelps, or footballer Gianluigi Buffon, for example, are still the exception to the rule. Like them there are many more, some are unable to talk about the problem they are suffering from. Not just in front of the media, but in front of a psychologist.

The change can come from the media, from publicity, and it needs to seep into the coaching staffs and schools that train them. A worthy and healthy environment for athletes, and especially for young people in them, is an environment where there is openness, inclusion, understanding and a genuine desire to identify, assist and help a young athlete in distress. This is not contrary to a sporty and competitive environment.

I am reluctant to interpret Simon Bailes’ feelings. It would be like a football commentator who watches the injury of one player or another through the television screen and instantly becomes a long.distance doctor while filtering to his viewers “this is a three.week injury, for sure.”
What is known to all is that Simon Bales, the most famous athlete who landed in Tokyo this summer, came to a sense of collapse. There will be things sitting on her shoulders whatever – some journalists have already called it depression, others have called it anxiety while some have just called her sociopathic, no less – Simon Bales retired from the competition she has been waiting for and trained for the past five years, simply because she felt unable – And the only message that needs to be conveyed from Tokyo to us is that if Simon Bales, a superwoman and glorious athlete, can feel that way, then anyone can feel that way. And it’s okay to talk about it. Better early than late.