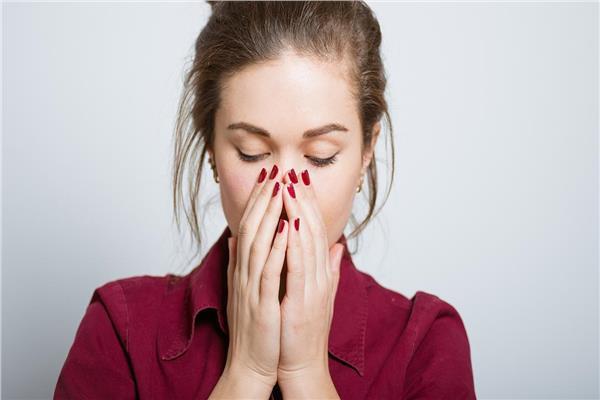 Loss of taste and smell may be one of the most common symptoms of infection with the Corona virus, but it also occurs in the short term for people who suffer from colds or flu and some other illnesses.

A new study revealed that infection with the Corona virus, can shrink parts of the brain, and lead to cognitive decline.

The study, published in the journal “Nature”, issued by the University of Oxford, claimed that the brains of those who were infected with the emerging “Corona” virus, even with mild symptoms, suffer a greater loss of gray matter and abnormalities in brain tissue, compared to those who did not have (Covid-19), Many of these changes were in the area of ​​the brain associated with the sense of smell.

“We were surprised to see clear differences in the brain even with mild infection,” said Gwenelle Daoud, associate professor of neurosciences at Oxford University, one of the authors of the largest study of its kind.

She explained that it is normal for people to lose 0.2 to 0.3% of gray matter each year in areas associated with memory in the brain as they age, but in the study evaluation, people with the “Corona” virus lost an additional percentage: 0.2 to 2% of tissue , compared to those who did not have the infection.

Study participants’ executive and cognitive functions were tested using the Trail Making Test, a tool used to help discover dementia-related cognitive impairments, as well as test the speed and function of brain processing, and the researchers found that those who experienced the most brain tissue loss performed worse. Also in this test.

She emphasized that because the abnormal changes we see in the brains of affected participants may be partly related to the loss of smell, it is possible that their restoration will lead to these brain abnormalities becoming less noticeable over time, and the best way to resolve this is to examine these participants again within A year or two, he says, adding that researchers expect to rescan participants’ brains and test them again within a year or two.

The authors of the new study caution that its findings are only a moment in time, but note that it “raises the possibility that the long-term consequences of SARS-CoV-2 infection may in time contribute to Alzheimer’s disease or other forms of dementia.”

They also hope that their recent discoveries will help identify new drugs and treatments in the future.