Why have some people never been infected with corona? 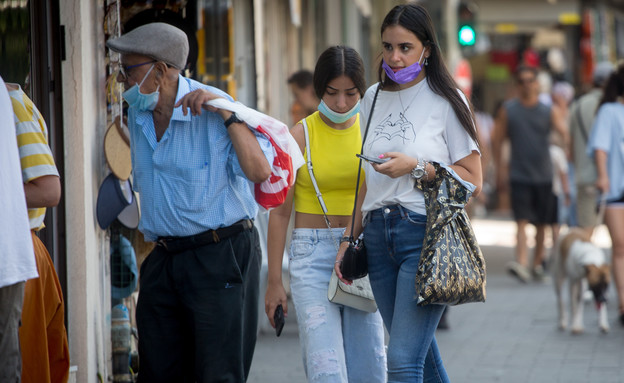 Over the two years since the Corona epidemic began, nearly half a billion people have been infected worldwide and it is estimated that about 4.5 million Israelis have been infected in the last wave. Many studies have been published so far, most of them in an attempt to understand what causes us to be infected, who is at risk for the virus and how to get rid of it. But alongside the preoccupation with those who became infected, it is precisely those who survived 5 waves with many verified around them, some friends and relatives who lived with them in the same house, but they never became infected.What are the mechanisms in the body that cause such strong natural immunity? Scientists generally point to a number of possible factors ranging from previous infection with a similar virus to genetics that cause natural resistance. Alongside this, a number of studies are trying to trace the specific factors that prevent infection.

It is important to remember that given the duration of the epidemic and the large number of versions over the past two years, there is no small chance that many people have contracted the virus but have not developed a disease so they do not know they have been infected. The latest wave, in particular, has shown that the virus has the ability to infect in large quantities and without symptoms.

An early cold can prevent infection

During the first wave, a group of researchers from University College London followed a group of health service workers who were regularly exposed to Corona patients, but they themselves were not found to be positive. Blood tests revealed that 15% of them had a high amount of cells T, cells that attack proteins that are inside the virus.

T cells are among the most important factors in the immune system. One of the most important features of T cells is their ability to develop immune memory, the first time a disease-causing factor enters the body, cells of the immune system learn and recognize it. Some T cells become “memory cells” – cells that are specifically targeted against the same pathogen. These cells remain “dormant” and are able to survive even twenty years or more since initial exposure. When the same disease-causing factor reappears, they can produce a strong immune response.

It turns out that these people already had memory T cells from previous infections from other seasonal viruses like a simple cold, which protected them. Additional studies have shown that in patients infected with a previous virus from the corona family – SARS, 17 years ago, cellular responses of T cells against the corona remained. This means that a vaccine that manages to harness the behavior of T cells may be able to provide broader and longer-lasting protection against the corona virus.

Changes in the protein that absorbs the virus

Another possibility raised by the researchers depends on the defense of the virus in the immune system, its response to the viruses and the ACE2 receptor through which the virus enters the body’s cells. In order for the Sars-CoV-2 virus to be contagious, the spike protein must adhere to specific proteins in the target cells, such as ACE2 protein. The researchers speculate that different levels of ACE2 protein in the body may affect resistance to the virus. It is also possible that some of us have rare types of ACE2 that the Corona Spike cannot adhere to. For example, people who have a rare genetic polymorphism for the CCR5 protein were immune to HIV infection.

Development of treatments that will prevent pre-infection

Identifying the physiological mechanisms that protect those who have not been infected can help develop drugs that will protect people from being pre-infected with the virus and passing it on. Here is a good example of how such information can be useful. A group of sex workers in Kenya who were exposed to the HIV virus were found to have natural resistance to the virus. By investigating the genetic basis for immunity, the scientists discovered one unexpected gene that had mutated and protected them from infection. This led to the development of an antiviral vaccine that suppresses the HIV-1 virus by inhibiting its ability to enter and infect cells.

An international team of researchers launched a “World Hunt” last October to find the people who are genetically resistant to the corona virus, in order to identify those defensive genes. The plan is to scan their genome and compare the group to people who have been exposed and infected, to identify any variant of a gene that could prevent the virus from becoming established.

According to the researchers, one of the goals of this project is to develop treatments that can stop the infection earlier and more hermetically than a vaccine. Vaccines are excellent at protecting us from disease, but vaccinated people can still be infected and transmit the virus.

Finally, it is important to remember that as long as there is no certainty about the factors that prevent infection, along with new versions that may float and act on the body in different ways, there is currently no guarantee of hermetic natural immunity. Therefore and despite the abrasive corona routine, the precautionary rules alongside vaccines still remain relevant even today.