Medical pressure cell? Not if you are a resident of the periphery 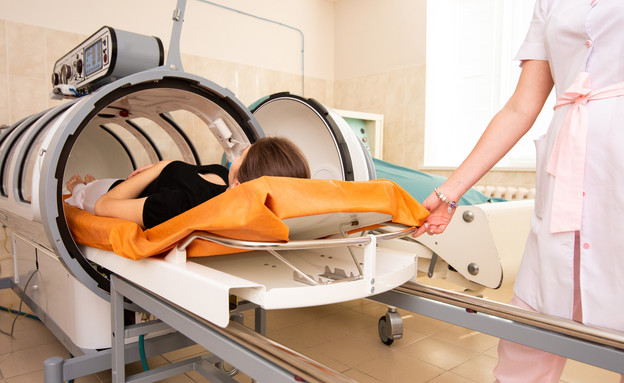 Treatment for stress cells has been shown to be effective in dealing with a wide range of medical problems. Despite this, in the State of Israel there are only four pressure cells, two of the army and two in the health system. Surprisingly, or not, none of them are located in the periphery, and this is a problem of years that goes unanswered.

Last week, an urgent warning letter was sent by the mayor of Dimona and the chairman of the Negev Development Authority, Bnei Bitton, to the Minister of Health, Nitzan Horowitz, and to the directors of the Southern District HMOs.

It turns out that while residents of the south are forced to travel to the center of the country for medical treatment in pressure cells, also usually after waiting an average of a year, there is a pressure cell operated in Be’er Sheva operated by a private company. Only it is not sold in the basket and therefore accessible only to the wealthy. It should be noted that Bitton addressed the issue, after the mayor of Beer Sheva, Rubik Danilovich, also addressed and is trying to overcome the regulatory problems in the field. This absurdity is especially great in light of the fact that pressure cell therapy is in the health basket, but only on the condition that it is done in the pressure cells in the center of the country. Along with MRI and CT scans, this is in fact another area that highlights the gap in the quality of medicine between Israeli citizens living in the center of the country and those in the periphery.

“This is an absurdity that is being led by the state,” says Shai Brosh, director general of the Butterfly Clinic for the treatment of pressure cells in Be’er Sheva. The Ministry of Health is making it difficult for us to obtain a license and recognition, even though all the professional levels have approved our activities and even though we meet all standards and even have an Israeli AMR approval (Israeli approval for medical accessories and devices). More important than human life? ”

To Bitton’s credit, it should be noted that he has been working for a long time to change the situation regarding the accessibility of pressure cells to the residents of the south. He has previously sent a letter to the Ministry of Health, stating that “the Ministry of Health must act as soon as possible to regulate the issue and allow licenses for additional centers in the Negev.” What has upset many on the subject is the fact that in the last two years the Ministry of Health has actually given permits to centers that operate pressure cells, but all the permits have been given in the center of the country. Such approval is given to the Ichilov Center, which is a short drive from Assaf Harofeh Hospital, where a pressure cell center already operates.

In a letter to the Minister of Health, Bitton wrote: “I do not want to be part of the regulatory debate on licensing, but the health of patients and residents of the Negev is always before our eyes.” He added: “A survey I did found that there are a large number of patients in the southern region who need treatment immediately, but refrain from receiving the treatment because there is no answer at all in the southern region.