What are the Olympic champions eating? 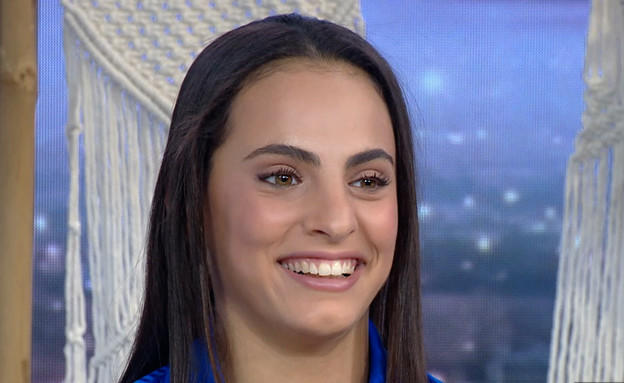 In ancient Greece, where the Olympic Games began, even an ordinary person such as a carpenter or fisherman could win an Olympic medal in running or jumping. Nowadays the situation is completely different and the athlete has to devote all his time and resources in order to win an Olympic medal. With the advancement of sports, science and technology, we are pushing our bodies to the limit and it is clear to everyone that in order to achieve an extraordinary achievement – an extraordinary investment is required! Olympic athletes invest their full time and energy in trying to realize the dream and in fact most of the time they are in training or recovery for the next competition. As is well known, adequate sleep is an integral part of this process and of course a personalized diet.

On the importance of the nutrition of an Olympic athlete

First and foremost, nutrition provides the body with calories that are the fuel it needs to produce energy. You can guess how much energy athletes spend and especially the Olympics where, in routine, training and competitions. These calories need to be returned to the body quite accurately. Why? Because consuming calories in the right amount and at the right time is of paramount importance to the athlete’s body for the recovery between workouts and to get stronger, recover and reach competitions at the highest capacity.

Too low calorie intake over time can lead to injuries, decreased immune system function and bone tissue damage – and that’s before we talked about possible performance declines, irritability, decreased concentration, decreased muscle strength and more. At the same time, it is important to remember that consuming too many calories over time can lead to weight gain – a sporting disaster for athletes who depend on reaching a specific weight category such as judo or taekwondo and of course for gymnastics devices that need to hover in the air in an impressive ground exercise.

Along with the same calories we get through food, we also provide the body with important nutrients such as: proteins, fats and micronutrients such as calcium, iron, magnesium, various vitamins and more – and all these components are important for the proper functioning of the body. An ordinary person can exist even when he suffers from a persistent deficiency of calcium, iron or magnesium and sometimes even without feeling it. In contrast, for an Olympic athlete who takes his body to the edge in every workout, the effect of such a nutritional deficiency will be immediate and will be manifested in fatigue, injuries, long recovery time and more.

What sets the diet of the Olympic athlete apart?

It is already clear to us that Olympic athletes eat similarly to people who do not engage in sports at all, but if we still need to point out the main differences, then I will first note the great importance of nutrition and secondly the importance of perseverance in it.

The importance of nutrition for the Olympic athlete It is extremely high as well as mounting. It is true that nutrition is important to each of us but, when we are inCenter for Sports Medicine and Research At the Wingate Institute Working on a nutrition program for athletes, we know that for them proper nutrition before or before the competition can be the difference between improving personal record or success in performing the new exercise during training and feeling tired, heavy and even abdominal pain until retirement.

For the most part, the most common reasons for stopping participating in competition among athletes from endurance sports such as running, are nutritional reasons! This may be manifested in the lack of energy necessary for the athlete to continue the activity due to improper management of the energy stores in the body or various gastrointestinal symptoms. In light of this, the importance of proper nutritional conduct among athletes is clear and it may determine the difference between failure and meeting a goal. In general, these are dietary habits that can be improved and should be practiced. The athlete’s “payment” for poor nutritional conduct may be immediate, or alternatively his gain as a result of adhering to a successful post-competition recovery protocol, between fights, between exercises and / or between allotments.

The second difference as stated is perseverance. Willpower and perseverance are salient characteristics of Olympic athletes! On the way to their extraordinary achievements (sometimes on the verge of the “superhuman”) the Olympic athletes devote all their time and energy to the training routine that does not end in the gym. Usually, as part of his life routine, the Olympic athlete is surrounded by a supportive system of sports medicine and research at almost every level that may be relevant to his athletic success:

Physiotherapy treatments for injuries and body rehabilitation, mental therapies designed to ensure that the “moment of truth” the athlete is at his peak, sports doctors who take care of his general health, physiological accompaniment used by the training team to navigate and manage training loads – and of course personal nutritional advice. The athlete’s body – will not lack any nutritional component on the way to fulfilling the Olympic dream.

Finally, An elite athlete should find the strength to eat even when he is exhausted at the end of an exhausting training day, or overcome the desire to eat another serving even if he is very hungry after his calorie quota for that day is filled. For an Olympic athlete or one who aspires to be one – the seriousness and perseverance that characterize the athletic lifestyle, will also appear in other areas of his life such as the nutritional conduct and daily life routine.

Ben-El Berkowitz, M.Sc. RDA sports nutritionist at the Center for Sports Medicine and Research at the Wingate Institute and a member of the Olympic faculty nutrition team.

Article courtesy of the Wingate Institute, the National Institute for Excellence in Sports