A viral outbreak in the world: what is the chance that it will reach Israel? 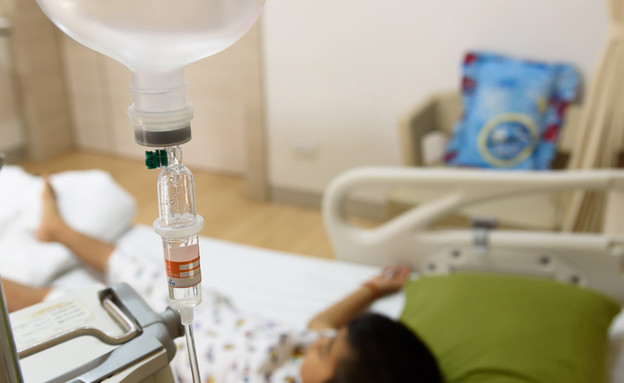 In recent weeks, outbreaks of neurovirus have been reported in the United Kingdom, the United States and other parts of the world. In the UK, a 48% increase in cases of child education has been reported, as well as a significant increase in nursing homes in the country. Following this, the UKHSA warned of increases in cases of neurovirus in the near future, and the deputy director of the digestive and food safety team of the health agency, Prof. Sahar Garbia, said that the cases of neurovirus were suppressed throughout the epidemic but “began to rise again” The more people meet with others.

The corona is almost non-existent in our hospital at the moment. What is happening and interesting is that we have had an outbreak of the Nuro virus so much so that we have received an alert from an infectious disease department. This has never happened before. I do not know if there is a connection and how (masks?), But a very contagious virus was shot and can infect both aerial and weeks after recovery.

Norovirus outbreaks in care homes have risen in recent weeks.

UKHSA is reminding people of the simple steps to limit the spread of the bug. pic.twitter.com/tkOgSyc5IZ

What is the prevalence of neurovirus?

The neurovirus is considered to be one of the most common pathogens that cause intestinal inflammation (gastroenteritis) and because of its high infectivity it causes outbreaks of intestinal diseases all over the world.

Studies show that one in five patients (!) With intestinal diseases is infected with a neurovirus, so that 20% of cases of infectious diarrhea are caused by this virus. This is a huge number of patients – about 685 million patients worldwide and 50,000 deaths each year (especially in developing countries where the level of sanitation and medicine is low).

In 30% of cases, no symptoms will develop at all and they will continue with the routine of their lives without knowing they have been infected and thus also infect others (similar to many corona patients who did not feel sick at all).

Will the eruption reach Israel?

The neurovirus outbreak is common in the cold winter months. Most outbreaks occur from November to April in countries above the equator, and from May to September in countries below the equator. In Israel, since we are nearing the end of winter, it is less likely that the virus will get here, and even if it does, the outbreak is expected to be brief. Maintaining distance and maintaining hygiene that has been practiced with us since the outbreak of the corona may also help prevent the outbreak of the disease.

What are the symptoms of the disease?

The symptoms of neurovirus disease are manifested in diarrhea, nausea and vomiting, abdominal pain, fever, headache and muscle aches. The symptoms appear after 12-48 hours of exposure to the virus and last for about three days, but even after they disappear, the condition will not necessarily return to normal, and the body may store the virus for several weeks.

Reported deaths in children are caused due to cases of dehydration as a result of multiple diarrhea and vomiting. The virus is transmitted through direct contact with the patient and contact with contaminated surfaces. There are certain foods through which the virus is transmitted such as salads, sandwiches, melon, oysters and frozen food. Despite the widespread spread of neuroviruses and their effects on our lives, little is known about their mechanism of infection. Much of the difficulty in researching them lies in the wide variety of strains and sub-strains that infect humans. Another difficulty stemmed from the fact that until recently there was no known way to grow the viruses in culture.

How can I avoid infection?

How to avoid complications of neurovirus disease?

Ministry of Health response: Norovirus morbidity is characterized by diarrhea, vomiting, nausea and abdominal pain. In Israel, the disease does not require notification of individual cases and therefore there is no orderly information to the Ministry of Health.

The disease is transmitted under poor hygienic conditions. Prevention of infection with Norovirus is similar to other intestinal diseases and includes washing hands with soap, especially when leaving the toilet and before preparing food. Also, wash fruits and vegetables before consumption. In case of neurovirus disease the patient should stay at home until the symptoms pass and another two days.