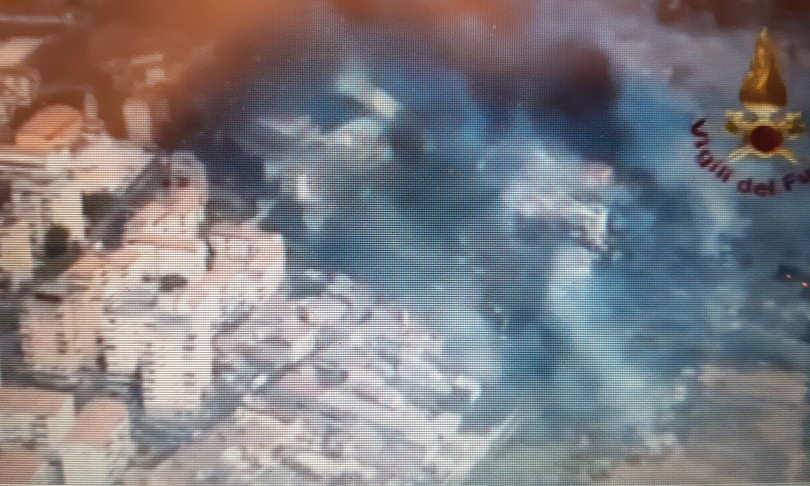 “It’s an unequal battle”– On the phone with the `, the head of the regional civil protection, Salvo Cocina, raises the fire alarm for the next few hours, when temperatures will rise again, in a tsunami of heat that has also led to halving the hours of the vaccination hubs. “In the next few days it will get worse”, he adds, stating that he has revoked the employees’ holidays to be able to engage them in a desperate attempt to tame the flames that are burning Sicily.

In Catania, the smoke from the fires caused the airport to be closed. From the suburbs to the historic center, there are currently more than 70 requests for intervention. More than 30 in the city, where the most delicate situation is in the Fossa della Creta district, near the airport, and in via Palermo. Various vehicles and various fire brigade teams are employed on the spot. Critical situation also in the province: 15 fires reported between Paterno ‘, Ragalna and Biancavilla; 14 interventions in the Calatino area and six requests between Acireale and Giarre.

In the city there are also high flames in the historic bathhouse “Le Capannine”, on the coast of Plaia, which was destroyed. Due to the worsening of the situation of and made necessary the arrival, from other Main Commands of Sicily, of reinforcements. At the moment, three regional mobile column teams are in forest fire fighting set.up. In Vaccarizzo, a house went up in flames in a residential settlement, which is being evacuated.

The surrounding mountains have started to burn again in the Palermo area Portella della Ginestra, the day after a fire devastated the memorial commemorating the massacre of workers on May 1st 1947–

This morning all the houses near Monte Pizzuto and Casalotto district in Piana degli Albanesi were evacuated. The mayor, Rosario Petta, invited citizens to converge at the meeting point at the sports field. A woman said she fled “with a five.year.old child in her arms and with mother, brother and nephew”. “It is an incommentable horror,” he added, responding to the mayor’s appeal on Facebook.

The front of the fires that has affected in the last hours does not stop Messina and its province– In the city, the hills are burning again: in the late morning fires were reported in the countryside of Salice and in the San Michele area just above the Giostra district.

Meanwhile, the firefighters are still working on the vast fire that broke out in the city last night in the hilly area between Camaro and Catarratti. Throughout the night, numerous fire and forestry teams were engaged in the hills of the upper Camaro to reduce the fronts of the fire that affected an inaccessible and difficult to reach area.

Most of the fires are of arson origin. “These are criminals – said the President of the Region, Nello Musumeci – who, we reiterate, would deserve life imprisonment for wicked actions that erase the identity and history of our territory”–