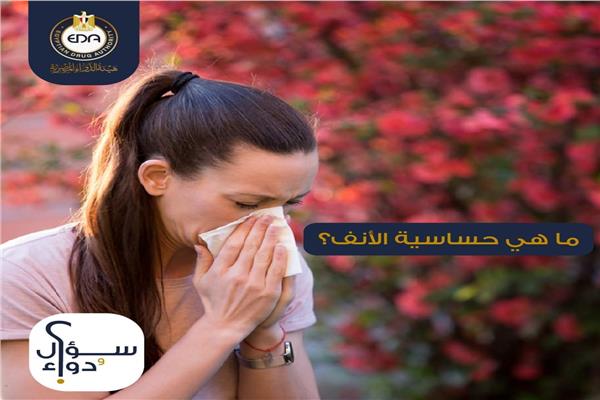 The Egyptian Medicines Authority has published important details about the most common diseases during the spring season, as dust, storms and strong odors increase, as inflammation, allergic rhinitis, and sinusitis exacerbate.

In a post on its official Facebook page, the authority mentioned information that answers a question… What is allergic rhinitis?​

The authority explained that allergic rhinitis is known as “hay fever.” It is a group of symptoms that affect the nose as a result of exposure to irritants, such as: pollen, animal dander or hair, dust, perfumes.​

Read also | “Egyptian Medicine”: The start of the official visit of the “World Health” delegation to the authority

She added that allergic rhinitis may be seasonal, or permanent throughout the year, and the most important symptoms are: cold, runny nose, with itching and severe sneezing, and not accompanied by fever.​

The authority pointed out that allergic rhinitis arises as a result of the immune system reacting excessively to excitatory substances; It stimulates the formation of antibodies that attack the mucous membranes of the nose, and the severity of the case varies from person to person

The authority explained, allergic rhinitis differs from sinusitis; As the first appears as a result of exposure to any stimulus that leads to the emergence of symptoms such as colds, while sinusitis arises as a result of a viral infection.​