In the US, the voices for the third vaccine are increasing, in Israel they are not waiting 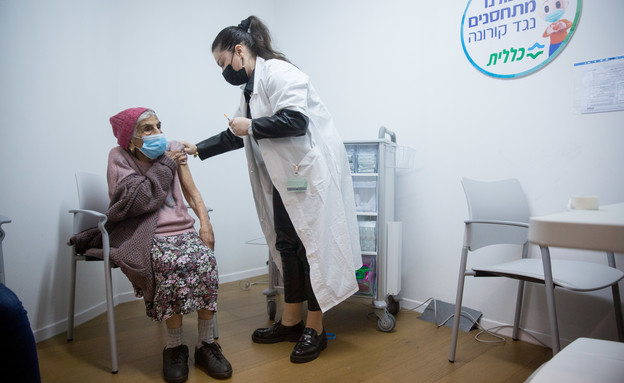 About four billion vaccine doses have been given worldwide since the start of the rampant corona virus vaccination campaign. It is estimated that about a quarter of the world’s population has been fully vaccinated, but the distribution is very uneven. There are countries where the immunization rate is very impressive, compared to other countries – especially developing countries – where they have barely started vaccinating.

Meanwhile, the corona virus is changing and adapting to the new reality. More and more countries are reporting vaccines infected with the Delta variant of the virus, raising fears that the good protection afforded by vaccines has indeed been breached, even if they still protect quite well from a serious illness. This scenario is not surprising. Eventually every day about half a million new infections are diagnosed worldwide and probably many more have been infected but not discovered.

Like any biological creature, the virus undergoes changes. Only in a tiny percentage of cases does this change give it an advantage, but when that happens the new variant created becomes dominant and spreads rapidly. We saw it with the original virus that came out of China and infected the whole world a year and a half ago, we saw it with the alpha (British) variant that made names in Europe, the United States and also in Israel, with the gamma variant (the Brazilian) that raged in South America – and now we see it with Delta variant. It is more contagious than its predecessors, and thus manages to spread to more and more populations and infect vaccinated as well, albeit at a much lower rate than fully vaccinated.

There are some speculations as to the source of the great success of the new virus. The initial is that the virus may have undergone changes that make it difficult for the immune system to identify it based on early knowledge of the vaccine. Another possibility is related to the viral load, i.e. the particularly high amount of viruses that is generated in our airways following the rapid proliferation of the Delta variant, which manages to temporarily overcome the body’s immune response. A third hypothesis is that the immune memory of vaccine recipients weakens over time, especially in the elderly. Of course there can also be a combination of several causes together, and at this stage it is still not known for sure why the virus is thriving so much. What is certain is that those who are not vaccinated are harmed by it much more than those who have been vaccinated.

In order to cope with the new situation it is necessary to apply certain restrictions that will reduce the opportunities that the virus has to infect. In countries where the proportion of vaccinated people is relatively high, they do not automatically go for the tough and expensive solution of imposing closure, but prefer softer solutions such as charging for wearing masks in enclosed spaces, restrictions on gatherings and applying one or another version of “green mark”. Not in every country are these restrictions accepted with understanding, and the attempt made in France to apply such an outline has met with public opposition. The giant companies Google and Facebook have already announced that when they return to work in the offices, only vaccinated workers will be allowed to arrive.

One of the other solutions on the table is to increase immunity to the virus. This can be done in three main ways. The first is to reduce the numbers of the unvaccinated in society. The problem is that this is not a simple challenge. There is still a large population of children under the age of 12 who are not eligible to be vaccinated, nor is the rate of immunization of adolescents satisfactory. In the older population, it is hard to believe that those who have so far hesitated to get vaccinated will be in a hurry to do so now.

A second possible solution is to develop a vaccine that will be adapted to the new variant. Pfizer and Moderna are now working to tailor their vaccines to it, but it is a time.consuming process to make sure the improved vaccine is indeed effective and safe, and is not expected to be completed before November. In epidemic terms it is an eternity, and it is not known how many new variants may develop by then.

The third option is to give a booster dose of the existing vaccine, in order to strengthen the immune memory in those who have already received two doses. In this regard, the pharmaceutical companies Pfizer and Moderna have published several small studies, some as press releases that have not yet been scrutinized by the scientific community as is customary. These studies seem to show that giving a third dose of the vaccine significantly raises antibody levels – even more than the second dose, and provides increased protection against some of the new variants, but the test was done before the Delta variant spread. Yesterday, a press release published research findings from Pfizer that show that the antibodies that are formed after receiving a third dose also successfully neutralize the Delta variant under laboratory conditions. This is encouraging news but not enough.

While in the United States the voices calling for a dose of impulse to risk groups are beginning to increase, the country is not waiting. Yesterday, the Ministry of Health’s staff for treating epidemics (ZTM) approved a third dose for risk groups, which are already beginning to be infected and suffering from complications. It has not yet been decided whether the additional vaccine will be given from age 60 or over. The Gartner Institute, according to which the effectiveness of the vaccine in the elderly has been reduced to about 80 percent.

This is not a simple decision, there is not much information about the benefit of giving a third dose against all existing variants, and especially not against the Delta variant. Therefore, it is mainly a matter of risk management, since delaying the administration of the urge until more information has accumulated may cost human lives. The sweeping consensus that there is no significant safety concern from the vaccine seems to have ultimately tipped the scales in favor of the decision.

What is already clear is that the vaccine will probably not be enough to suppress the plague alone, so that in the coming months these and other restrictions will remain with us. And it is still important to remember that our situation is much better than it was last winter. We are also constantly receiving reminders from other countries as to what might have happened here if the virus had spread without the vaccine stopping it.

The corona plague is an event that continues to evolve and catch up. The current report is as of Wednesday (14.07.2021) and more may change. We strive to bring you the latest reports, but it is important to be updated daily in light of the many changes–