The viruses that destroyed the antibiotic – resistant infection 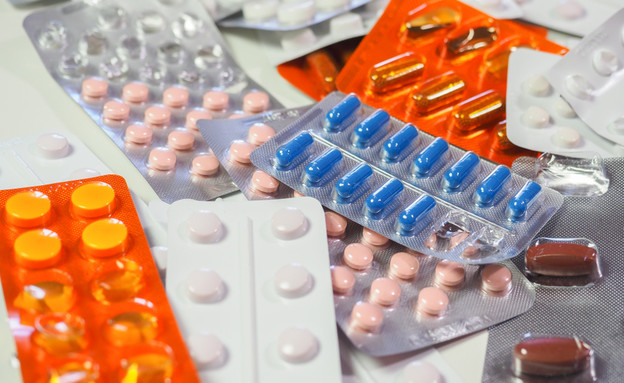 A team of scientists from Belgium was able to cure a serious and life-threatening infection that developed in a young woman’s leg, after all the antibiotic treatments given to her for nearly two years had failed.

In March 2016, a 30-year-old Belgian woman was seriously injured in a suicide bombing at Brussels Airport. The explosion caused severe damage to her femur. In addition, a bacterial infection developed in her leg Klebsiella pneumoniae. To deal with the infection, which endangered her leg and life, the doctors treated her for several years with several high-dose antibiotics – but the treatment failed because the bacterium was resistant to all the drugs she received.

The prolonged and intensive antibiotic treatment caused many serious side effects that forced the doctors to look for another solution. As a last resort, they decided to include in antibiotic treatment the use of viruses that attack bacteria, called bacteriophages. Case description Posted In the journal Nature Communications.

Bacteriophage (Bacteriophage), or phage for short, is a virus that attacks bacteria, multiplies within them and then breaks out and in the process destroys them. The name in Greek means “eating bacteria”.

Interest in the treatment of phage infections has increased in recent years due to the growing threat of infections originating from antibiotic-resistant bacteria. Decades of antibiotic use, which was sometimes excessive and even unnecessary, led For the development of resistant bacterial strains To all types of commercial antibiotics available today, or at least most of them. This situation puts those infected in front of an enemy whose ability to defend themselves is very limited. In Israel alone, thousands of patients die every year from resistant bacteria and it is estimated that Because if no new drugs or other therapeutic alternatives against these bacteria are developed soon, the global death toll from them will skyrocket to about ten million people a year by 2050.

The use of phages Treatment of humans began more than a century ago, even before the beginning of the era of antibiotics. Penicillin detection In 1928, and other antibiotics followed, he pushed further research in this direction, mainly because it was much easier and cheaper to produce them commercially, and since unlike phages they harmed a wide range of bacteria. However, in countries where antibiotics were less available, such as the Soviet Union and countries formed after dismantling, they continued to develop phage treatments, for example at the Eliava Institute in Tbilissi (Georgia), claiming success in treating humans. These claims have been received with skepticism in Western European and North American countries, and currently do not approve of human treatment using phages, except for compassionate treatment, when all known treatments have failed.

The salient advantage of using phages is that each virus is adapted to attack a specific strain of bacteria and there is no danger of it attacking our body cells or other bacteria that are in our body and contributing to its proper functioning. Another advantage of the phages is that they manage to harm even so-called complex bacterial colonies Biofilms – Structures that consist of layers of bacteria covered with a protective layer and within which subpopulations of dormant bacteria, which are not metabolically active, are formed. Most types of antibiotics Have difficulty penetrating Through the outer layer of the biofilm, and even when they are already penetrating into it they do not kill the dormant bacteria. Phages, on the other hand, manage to dismantle these structures and also damage the dormant bacteria within them.

In the case of the Belgian woman, after almost two years of unsuccessful attempts to overcome the infection through antibiotic treatments, the doctors were desperate and decided to try phage treatment. To identify the most suitable virus they sent samples of the resistant bacteria to the Elijah Institute. The institute searched their phage collections and identified in a sample of sewage collected in 2012 in Tbilisi a phage that knows how to effectively infect and kill the resistant bacterium that harmed the Belgian patient.

To optimize the phage’s ability to kill the bacterium, the researchers caused it Undergo evolution in the laboratory. They initiated 15 bacterial infection cycles grown in the laboratory from the original sample, isolating the most effective viruses. When a virus enters a cell and multiplies within it, errors in its replication process occasionally occur and more and more changes accumulate in its genetic material (mutations). Which may affect its function And its properties. A virus that has accumulated enough such changes is called a new variant, and the more effective variants in infecting the bacterium and evading its defense mechanisms will multiply and take the place of the less successful variants. At the end of the process it is thus possible to isolate the most successful phages. The phages were found to bind to the bacteria, multiply within them and kill them within minutes. From each bacterium, an average of 43 phages were released, which opened a new cycle of infection, and so on.

At the end of this complex preparation, permission was obtained to begin the experimental treatment. The doctors removed dead tissue from the wound and implanted a bone in it that had been soaked in antibiotics of a type that had not been tried until then on the patient. They also inserted a catheter into the wound and injected phages through it for six days.

The results were quick: within two days of starting treatment there was a significant improvement, the wound began to dry out and the skin returned to its original color. At the end of three months the infection disappeared and the condition of the wound steadily improved. In addition, and no less important, no adverse side effects associated with phage treatment were seen. After three years, the injured woman was already walking with the help of crutches, and even participated in sports activities such as cycling.

Research shows that combining phages with antibiotics can serve as an effective therapeutic alternative against resistant bacteria. Although it is not possible to determine from the study what part of the improvement in the patient’s condition can be attributed to the phages and what part contributed by the new antibiotic. However, the fact that no other antibiotic alone overcame the infection suggests that the phages played a major role in recovery. It is possible that they did manage to break down the biofilm structure that protected the bacteria, thus allowing the antibiotics to penetrate and finally eliminate the infection.

Despite the achievement, the treatment of phages has many drawbacks. The need to adapt the treatment to the specific bacterium of each patient and the lengthy and complex process of drug production make the method very expensive and very cumbersome to use. Another problem is that bacteria can quickly develop resistance to phages. Finally, the human immune system also recognizes the phage as a foreign factor and produces antibodies against it, which impair its effectiveness. Large-scale controlled clinical trials are still needed to establish and expand treatment using phages in the future.