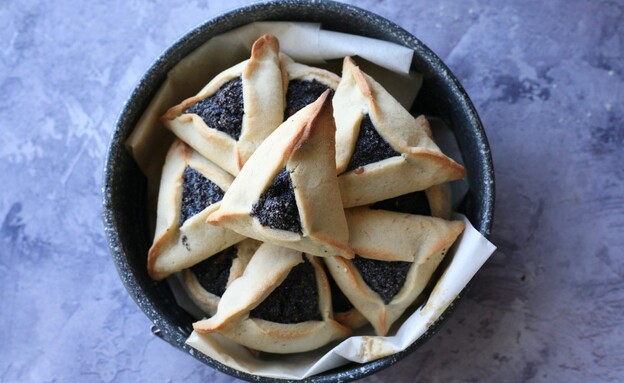 Pregnant women know that they should completely avoid drinking alcohol so as not to harm the fetus, but what is less known is that manna ears containing poppy seeds can also be harmful to fetal development if consumed in large quantities during pregnancy.What is dangerous in poppy?

Poppy seeds, obtained from a plant called opium poppy, are used to make food, just like in the ears of manna and muffins. The opium poppy plant contains substances called alkaloids, the known ones in which are morphine and codeine, have analgesic properties.

Although poppy seeds themselves do not contain substances like morphine and codeine, they may be contaminated with these substances, as part of the harvesting process. Therefore, in the last decade, the European Food Safety Authority has examined close to 5,000 foods in 10 different European countries, and found large amounts of morphine and codeine, even beyond the permitted threshold, in a large proportion of poppy seeds.

Are the quantities in poppy dangerous for a pregnant woman?
The biggest concern is mainly from the morphine, which penetrates the placenta. A fetus that is exposed to large amounts of morphine during pregnancy (from medications for example), may develop a syndrome called IN THE, Which is mainly characterized by dysfunction of the nervous system and digestive system in the newborn. The syndrome usually passes after a few months. Last year it was reported that a mother in the US consumed on an almost daily basis, for about 7 months from her pregnancy, tea she made at home from poppy seeds, and gave birth to a baby with IN THE.

Is it possible to reduce the amounts of these substances in poppy?

It should be noted that rinsing, soaking, heating and grinding reduce the amount of morphine and codeine by 25% to 100%. Haman ears are being baked, so the actual amount of these ingredients is likely to decrease significantly.

It is currently unknown what dose of morphine and codeine is defined as dangerous in pregnancy, one that may impair fetal development. In addition, it should be remembered that it is not possible to know for sure whether the poppy seeds are contaminated and in what quantity. Hence the place to take extra care and try to avoid as much as possible foods that contain poppy seeds. However, it is likely that a pregnant woman who consumes 1-2 manna ears on Purim, will not cause harm to the fetus.

Amir Winograd, a clinical dietitian with a master’s degree in public health