Omicron recoverers do not tend to re – infect the new variant 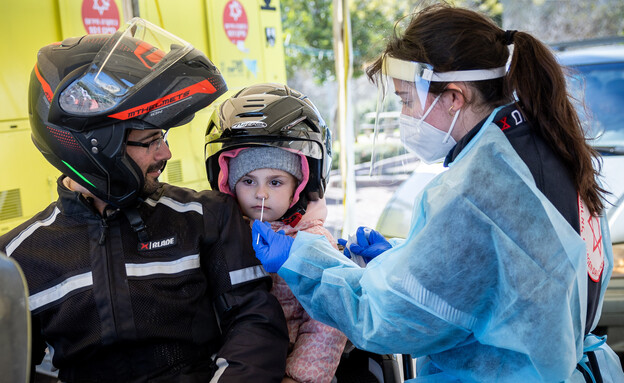 In recent weeks, the “end of Corona atmosphere” has been felt around the world: we have gone through the winter, with the most significant wave since the outbreak of the plague, with the feeling that the disease has weakened and that the worst is behind us. It can be likened to a roller coaster ride with eyes closed: we feel a slowdown, and it may be that we are about to stop, but we may also have reached the moment before the steep descent with the rollovers.

The problem is that we are no longer slowing down. In many countries around the world the decline in the number of verified patients has been halted. In some it has stabilized, at a high level that can reach tens of thousands of new contaminants a day, and in others it has even made a U-turn and started to climb back up. We know that the Omicron variant, which has led to winter sickness all over the world, is less violent than its predecessors, but much more contagious than them – even to the vaccinated, which has led to unprecedented morbidity. Although most of the infected experienced only an unpleasant winter illness, even if it was sometimes accompanied by persistent effects, but because of the huge number of patients, the wave was very fatal. A low mortality rate also leads to many casualties when the morbidity is particularly high.

In Europe, there are signs of a trend of renewed growth in the number of new infections daily. It may be related to the almost sweeping policy of removing restrictions in most countries, but perhaps it is due to the spread of the second omicron variant (BA2), or a combination of the two factors together. At this point it is already known that the new variant is more contagious than its predecessor but no more violent than it. These are good news. But the big question mark is whether it will catch on to recoverers as well.

This week said Dr. Tal Brosh from the team for the treatment of epidemics of the Ministry of Health, who have indeed seen cases of re-infection with the new variant, but at the moment it is not clear what the extent of the phenomenon is. However, about a month ago Published In Denmark, which was one of the first countries to be hit by the omicron wave, a report noted that there were some scattered cases of re-infection but it does not appear to be a trend. A recently published study I will confirm This assessment. This of course may change later as we move away from the time of infection and the levels of antibodies in the blood will decrease, as we have seen before. In this case for people who have been vaccinated or have recovered twice May be an advantage Due to the repeated exposures of the immune system to the virus or its proteins.

Effect of administering the vaccine

It is clear that vaccines play a significant role in the fact that the omicron is not particularly violent. A good illustration of this can be seen when comparing New Zealand to Hong Kong. Both have for a long time pursued a policy of zero morbidity, with considerable success until recently, but now they suffer from a significant wave of morbidity relative to their size. Thanks to the low penetration of the virus so far, they have hardly recovered until the current wave and this makes it possible to evaluate the effectiveness of the vaccine better.

In New Zealand the immunization rate is high, especially among the elderly, so despite the high number of patients in recent weeks, the rate of deaths and seriously ill remains low. In Hong Kong, on the other hand, the overall immunization rate is good, but many have not received a second dose of the vaccine, and certainly no additional booster doses. This difference was well felt in hospitals and then also in the morgues, with the mortality rate from Corona now standing at just under 300 deaths per day. About 90 percent of those who die from the disease Did not receive a second dose of the vaccine. Another difference between the two countries is the type of vaccine given to the population. While New Zealand mainly stores the RNA vaccines of the modern and Pfizer companies, Hong Kong also uses Chinese vaccines, which are considered less effective, also in general and even more so than in the Omicron variant.

NEW: I’m not sure people appreciate quite how bad the Covid situation is in Hong Kong, nor what might be around the corner.

After keeping Covid at bay for two years, Omicron has hit HK and New Zealand, but the outcomes could not be more different. pic.twitter.com/1Ol4HHs9kT

The landlady in Hong Kong, China, is also facing a major challenge. The most populous country in the world has boasted that it has so far managed to stop the plague in its territory through aggressive measures of tight closures On whole areas. She is now facing a new wave of illness. The Chinese Reported On a rather modest outbreak of several thousand new diagnoses a day, but it is not known how credible this report is given China’s dubious record in terms of transparency. Most Chinese vaccines are based on the old technology of using a killed virus. This method is used successfully in many childhood vaccines, but seems to be less effective against the corona virus. The disturbing numbers from Hong Kong indicate that China itself is probably expecting a tough deal with a raging epidemic as well.

The fourth dose: the controversy continues

Pfizer Company Read this week Vaccinate the public with a second booster dose (“fourth dose”) and announced that Submit Coming soon to the US Food and Drug Administration (FDA) a request for emergency approval of a second booster dose for veteran vaccinated over age 65. They claim the third dose provides good protection from hospitalization and death but does not prevent good micronutrient infection and the fourth dose is likely to address. To date, no significant data have been published to support this claim, and given the rapid decline in the protection afforded by the third dose against infection, it is worth taking it with a limited guarantee. Modern Company also issued a statement Similar.

According to Data from Israel The fourth vaccine does provide improved protection against serious illness and infection, but with much lower success compared to what we are used to seeing compared to previous variants. So it seems that there is definitely room to continue developing new vaccines that will provide good protection even against the new variants that will appear in the future. There is currently nothing new regarding the development of immunocompromised or toddler vaccines.

We may be on the verge of another wave. It is likely that it will not reach the immense morbidity peaks of the fifth wave and that again this time what will determine its lethality will be the rate of vaccinated and recovering in the population. However, high morbidity also leads to the appearance of changes in the virus that can affect its function. In the near future we will hear about a variety of new sub-variants, maybe even right here at Ben Gurion Airport. This is expected and normal, and the vast majority of these variants are not based. Months A variant appears That changes the rules of the game, and we have no way of predicting when and where it will happen.