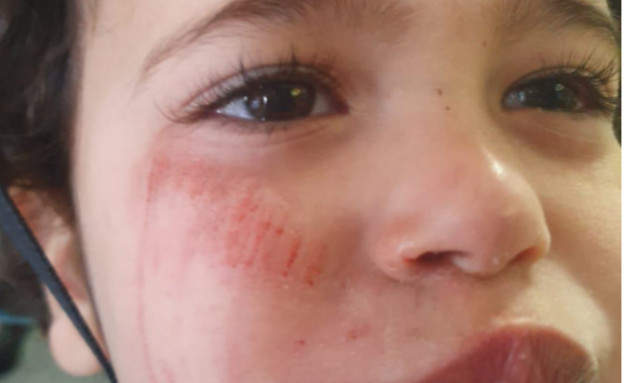 Following the publication of the article in Mako Health about the suffering of Alon Elisha’s parents, in dealing with the rare illness of their two-and-a-half-year-old son, last weekend, Welfare Minister Meir Cohen intervened in person. The two were shocked when they received a phone call from the minister informing them that their request had been approved.

It will be recalled that the two-and-a-half-year-old was defined as suffering from one hundred percent disability and that he needed close supervision. Despite this, the Ministry of Welfare and the Netanya Municipality did not agree to approve a close assistant. The sad result – his parents were forced to leave him at home, without any frame.

“My son was diagnosed six months ago with a disease called tuberous sclerosis, a disease that actually causes tumors and one of the areas unfortunately is the brain,” said his father Gilad. As a result, he falls 8-10 times a day and is forced to wear a helmet. “

In order to register for a municipal kindergarten, an assistant was needed who would be close to Alon throughout the day. On the face of it a fact that should be clear to everyone. It’s just that the Netanya municipality refused to approve an assistant for more than four hours a day, according to the municipality, because any extra time beyond those four hours requires an exceptional approval from the Ministry of Welfare. The Netanya Welfare Department reported that the Ministry of Welfare refused to approve the overtime.

Thus, for over two months, the parents themselves have been running from office to office, with everyone rolling the responsibility to the other office. The Welfare Department of the Netanya Municipality sent them to the Ministry of Welfare, which in turn returned them to the welfare of Netanya. One of the clerks with whom my father-in-law spoke even told him, “There is nothing to do, if you want to contact the media.” All this despite the fact that the parents had all the medical documents, which determined that a close assistant was required throughout the school hours.

The helplessness and fear of the parents that they will be forced to open the next school year in this way, caused them to turn to Mako Health and an article about the outrageous case was published about two weeks ago. Today we are happy that the Minister for Parents that it was decided to approve Alon four hours beyond what was approved. That is, the solution is found to help throughout the school day. According to the conversation between the two, Minister Cohen took care of this personally.