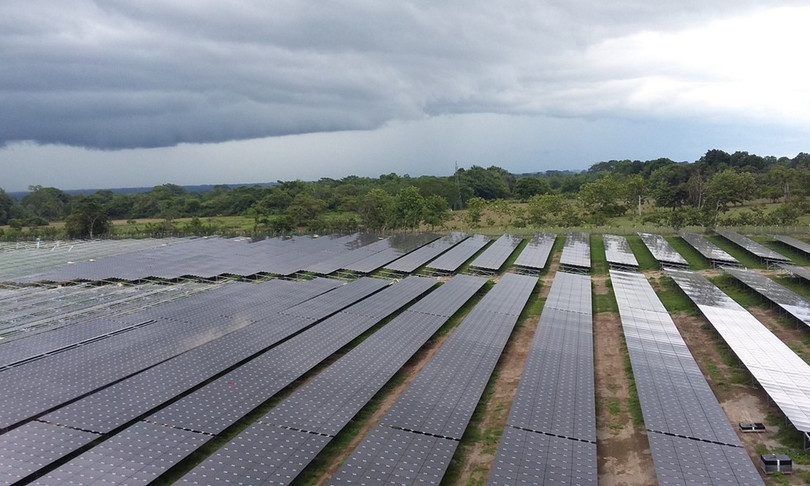 ` – If you are interested in land and think you can buy it at low cost and then build on it or install production infrastructures such as a photovoltaic system, you would not make a good deal by setting it on fire. In Italy, in fact, Law 353 of 2000, implemented both in Sicily and in Sardinia, establishes that “wooded areas and pastures whose stands have been crossed by fire cannot have a destination other than that which existed before the fire for at least fifteen years” and that “It is also forbidden for ten years, on the aforementioned stands, the construction of buildings as well as structures and infrastructures aimed at civil settlements and production activities, except in cases in which the relative authorization or concession has already been issued for this construction, prior to the fire and on the basis of the planning instruments in force at that date “

The alarm about a photovoltaic invasion and the hypothesis of a relationship between the purchase of land needed to install solar panels and the fires that have been destroying the Italian forest heritage for years (and not only in recent days), are losing strength. in the face of such a rule, intended to discourage building and production speculations to the detriment of the environment.

The alarm was raised today by Coldiretti, in a note that refers to ‘investigations’ underway in Sicily and launches a petition “in defense of the soil”. It is, in reality and at least for the moment, a series of suspicions on which the Sicilian Regional Anti-Mafia Commission has initiated investigations, in particular with regard to the territories of central Sicily, Ennese and Nisseno, and the fires that have affected, explains a source of the Commission to `, the Simeto valley. “It is one hypothesis among many”, specifies the source, advanced above all by various environmentalists heard by the Commission.

Among these there is not Gianfranco Zanna, president of Legambiente Sicilia. “This relationship between photovoltaics and fires seems nonsense to me – he explains to ` – precisely because a law prohibits urban transformations in burnt land for years. And, among other things, for now it is possible to do photovoltaics on agricultural land: where “Is it the connection? Of course, when it comes to fires I am not surprised at anything. It seems to me, however, that we cannot emphasize this issue in the disaster of these days. There are so many absurd and inconceivable reasons for criminals who they set fire, but this parallelism, fed by a part of the press, seems to me misleading and makes the issue lose its knot: in this region the fires begin for years in May e a bad and rusty organizational machine is set in motion, when it goes well, in June, and with antiquated means and elderly staff. Instead of talking about this, we look at photovoltaics, against renewable sources. If wind power was identified with the mafia, photovoltaics will have to be associated with fires. However, we do not question the fact that one reason for these fires is climate change “.

The authorization procedure for the construction of a photovoltaic field provides for shorter times for those built on areas destined in the municipal PRGs to productive settlements or industrial areas. The companies that aim at the construction of the plant are in any case interested, in the absence of surfaces in the industrial area, also in agricultural land that must have specific orographic characteristics, starting from the southern exposure, from being flat, from having no hills. or surrounding vegetation that decrease the hours of irradiation.

For about four years there have been brokers who, throughout Sicily, have identified large areas to build photovoltaic fields. The construction of photovoltaic fields is subject to numerous constraints and regulatory restrictions that add to the morphological characteristics of the areas. It is not possible to build these systems on naturalistic and wooded areas.

The companies that procure the suitable areas take care of stipulating the preliminary sales and once they are in possession of them, they start the requests for permits and authorizations. The first necessary authorizations are those pertaining to the municipalities, building permits and authorizations to build, and that of Enel, to which the project for the issue of the Stgm is presented, the minimum general technical solution, a practice for which Enel asks for a small field about 40 thousand euros, a sum that varies from the position of the Enel transformation substation to which the plant must be connected. To these costs are added those for the release of the building permit.

The company, once this first step is complete with the granting of the concession by the Municipalities and the authorization of Enel, will auction the project. On average, a minimum of two auctions are held per year. To buy are companies that then build the plant, for which the whole complex preliminary phase has been completed. If the project is sold, the new buyer takes over from the company that has completed the entire first phase, concludes the purchase with the owners of the land by entering into the contract for the sale of the areas and starts the works.

For some time now, the associations that are grouped in the Article 9 cartel (the one that in the Constitution “protects the landscape”, ed) have taken sides against photovoltaics without rules for the “defense of the landscape”. Pushed to do so by the Simplifications decree linked to the NRP, they took a stand against an Italian “indiscriminate consumption of soil”, which, they argue, could turn into an “endless industrial zone without borders”. “I am against wild and unregulated photovoltaic systems”, Zanna points out, indicating “the sites where this renewable source can settle in disused quarries, in the agricultural sector, in industrial warehouses and in micro-photovoltaics in homes”. But we cannot speak of “a Sicily transformed into a mirror, if in the end only 0.6% of the island’s territory is involved”.