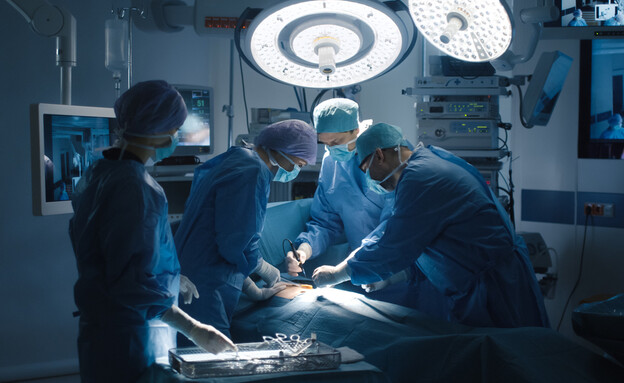 Corona virus SARS-CoV-2, a causative agent of COVID-19, is a new virus that scientists have been working to understand for two years. While on The damage it causes during illness We already know quite a bit, it takes time to identify its later effects.

Many viruses cause damage that is discovered years, even decades, after the disease itself has passed. For example the measles virus May cause severe encephalitis (SSPE) years after infection, patients Chickenpox May suffer in adulthood from outbreaks of shingles, papillomavirus (HPV) may cause cervical cancer, and other late effects have been observed in patients with viral hepatitis B And C, a virus HIV And a virus Epstein-Bar. Therefore, there is a concern that the current corona virus may also cause long-term damage. Already in the first year of the plague he awoke Fear of persistent heart damage In corona patients. A new study, which followed the health of 150,000 recovering patients for a year, found that the concern was real, and that the disease raised the chance that they would suffer from several types of heart disease.

A study by Ziad Al-Aly and his research group from the Veterans Hospital and the University of Washington in Missouri, USA Published in the journal Nature Medicine. The researchers had access to health data of discharged soldiers who had previously served in the U.S. military, and were able to gather information on about 150,000 Corona recoverers between the ages of 40 and 80 who had been in Corona until January 2021, that is, before vaccinations began. They then monitored their health for a year after recovering. For the audit, data were collected on 5.6 million veterans who did not fall ill in Corona, as well as data from 2018, ie before the onset of the epidemic, on 5.8 million veterans. Of the corona recoverers, about 130,000 had a mild illness, about 17,000 were hospitalized and about 5,000 needed hospitalization in intensive care units.

The researchers found in corona recoverers a 3-1.5-fold increase in the risk of developing a wide range of problems, including heart attacks and strokes, arrhythmias, heart infections, coronary heart disease, myocardial infarction, cardiac arrest and cardiac shock, pulmonary embolism and thrombosis (thrombosis). ). The risk of myocarditis was five times higher than in those who did not have corona.

A 1.5-fold increase in the risk of mortality from any heart disease was also observed. When looking at the number of patients one finds that the increased morbidity in corona recoverers increased the number of heart patients by 10-1 patients per thousand people, i.e. an increase of one tenth of a percent to a full percentage in the incidence of each of the heart problems examined. The researchers also examined the total number of cases of myocardial infarction, stroke and mortality and saw an increase in all of these cases of about 2.5 percent.

The researchers found that the increased risk of developing heart disease in corona recoverers is not related to age, sex, origin, overweight, smoking and other risk factors associated with heart disease, such as diabetes, hypertension, kidney disease and more. The increase in the risk of heart disease in women was slightly lower than in men – but still significant.

To make sure the findings are unique to heart disease, the researchers looked at whether corona recoverers are more likely than others to develop other diseases. To this end, we examined several types of diseases, including werewolf syndrome (hypertrichosis), which is an inherited disease, rupture of the eardrum, sickle cell anemia and several types of cancer. No increase was found in all of them during the year after recovery. This suggests that there is probably no general increase in disease vulnerability following corona infection.

Already in the first year The epidemic revealed that some corona patients suffer from symptoms that last for several weeks and even months after recovery. This phenomenon, Long-known as Long-COVID, it is a group of syndromes that affect the nervous system, metabolism in the body and the digestive system, and are probably due to auto-immune effects, ie overactivity of the immune system that attacks the lung tissue of the body. Heart disease is now also joining the list of late-onset epidemics.

The corona plague has been going on for more than two years and currently at least 450 million people worldwide have been infected with it, and about six million have died from it. According to official reports. It is estimated that the real number is at least twice as large and perhaps even four times as large. The significance of the huge spread of the disease is, among other things, that millions of people are now at increased risk for the onset of heart disease. Researchers therefore recommend stepping up efforts to early detect cardiovascular problems in order to prevent the development of serious heart problems in recovering patients.

It is important to remember that the study was done on corona recoverers who could not be vaccinated before they became ill. In addition, they were all infected with the original corona virus from China or the alpha variant, but not later variants. Therefore a similar follow-up is still needed that will also examine corona recoverers who have been vaccinated before being infected with the virus, and those who have been infected with other common variants such as Delta and Omicron. Separate follow-up is also needed for corona patients treated with one of the new drugs developed in the past year. There is a high probability that vaccinated, or people who have received medication at an early stage of the disease are also at a much lower risk of developing heart disease, compared to those who have not been vaccinated, but this of course requires testing. And finally, days will tell if corona has other long-term symptoms that erupt only many years after recovery from the disease.