Corona tests for all Wuhan residents 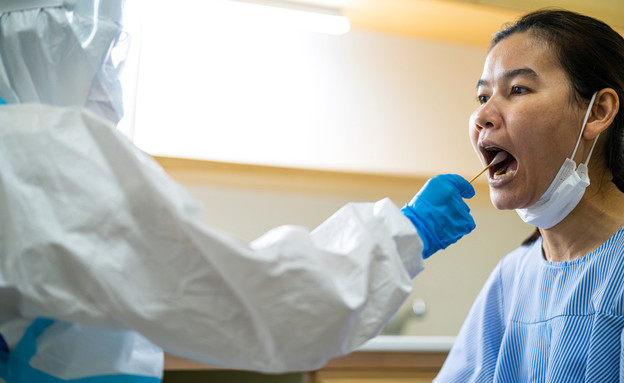 An unprecedented move to eradicate the corona plague has recently been announced in China: All residents of Wuhan city will undergo corona tests following isolated cases recently identified. China fears a new wave that is likely to stem from domestic tourism and the Delta strain

Wuhan is the city where it all started; This is where the first corona patient was located and where the epidemic was at its beginning. But Bohan also managed to eradicate the plague very effectively and for more than a year no new local cases have been identified in the largest city in Hubei province, which has 11 million inhabitants.

But after more than a year of a completely flat curve and zero cases of corona (at least according to official numbers), in recent days isolated cases of the corona virus in Wuhan have been identified. New cases have also been identified in other parts of China and it looks like China may be at the start of another corona wave, with more than 300 new cases across the country in the last 10 days. Although about seven new cases have been discovered in Wuhan, it seems that the Chinese authorities are not willing to wait for the situation to worsen and it was recently announced that all Wuhan residents will have to undergo corona tests.

New cases of corona have reportedly been detected in 15 different provinces across China – and local experts are expressing concern about another corona wave and fears of the Delta strain, which has become a dominant strain in many countries around the world. Extensive tests have been done among residents in various cities where small outbreaks of the virus have been detected.

The first cases were detected in Nanjing city, among workers at a busy airport in the city. As a result, 9.2 million residents in Nanjing were asked to undergo three corona tests and hundreds of thousands of people were forced to be in isolation. But last weekend another city worried the authorities. In the city of Zhangjiajia, which is a tourist hotspot, a number of new cases have been identified and some claim that this city has now become the focus of the plague in China. Accordingly, experts believe that the current wave, despite being still relatively small has probably evolved due to local tourism and the Delta strain. However, the percentage of immunizations in China is not entirely known and it is possible that this also affected the current outbreak. According to Chinese authorities, about 1.6 billion vaccine doses have been given so far.

The focus of the eruption in Zhangjiajia was a concert hall and now authorities are trying to locate about 5,000 Chinese residents who visited the hall and drove back to their hometown. The fear is that the new outbreak has also reached the capital city of Beijing, where a number of isolated cases have been identified.

The corona plague is an event that continues to evolve and catch up. The current report is as of Tuesday (03.08.2021) and more may change. We strive to bring you the latest reports, but it is important to be updated daily in light of the many changes.