Israel: Osmic will not be given to new patients for weight loss needs 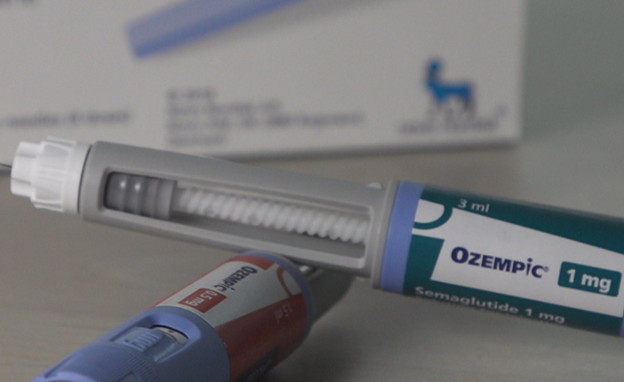 What change has the Ministry of Health made in the criteria for receiving the drug?The Ministry of Health has instructed to limit the administration of the drug “Ozmific” while creating new criteria. Under the new guideline, only people with obesity with a body mass index (BMI) of 30 or older, who have visited a dieter at least 3 times, and taken a previous-generation drug that has not demonstrated sufficient effectiveness in the weight loss process, will be able to get Osmic. It should be remembered that these guidelines have no scientific basis and no other country in the world has set such criteria for receiving the drug. The Ministry of Health has in fact restricted not only the type of patients who will receive the drug “Osmic” but also the dosage of the drug thus making it less effective for weight loss.

What is the drug “Osmic” and how is it related to diabetes?

Osmic is a drug developed to balance patients with type 2 diabetes. The drug contains the active ingredient “semaglutide”. This drug belongs to a new family of drugs called GLP-1. These drugs mimic the activity of a certain hormone in the body, thus increasing insulin secretion in response to meals and an increase in blood glucose levels. In addition, these drugs reduce glucagon levels (a hormone that raises blood sugar levels), slow down gastric emptying and help with weight loss. Osmic at a dose of 1 mg is a drug intended for patients with diabetes. When the drug is given at a higher dose of 2.4 mg it is used to treat obesity, and significantly helps with weight loss.

How effective is this drug?

A recent study published in the most prestigious journal in the world of medicine (NEJM) found that treatment with the drug “Ozampic” at a dose of 2.4 mg was able to show a significant decrease of almost 5 times in body weight compared to people who received a placebo (placebo). Body mass, sugar levels, waist circumference and cholesterol levels.

Are existing patients likely to be harmed?

Existing patients are unlikely to be harmed in the near term, and those who are already taking the drug will be able to continue taking it. At the same time, in light of the conflicting guidelines for the provision of treatment, many doctors refuse to prescribe the drug and pharmacists refuse to issue it to patients, thus interrupting the treatment sequence in the disease, which may harm future patients as well.

Since when is this directive valid?

This directive came into effect starting last weekend, following an announcement distributed by the head of the medical division at the Ministry of Health to the medical directors of the health funds.

What is the reason for the shortage of medicine?

According to a statement from the pharmaceutical company distributed to the Ministry of Health and the HMOs, it has not been claimed that there is a shortage of the drug now – neither in Israel nor in the world. However, according to the company in Israel, in light of the high demand for the drug for weight loss, there may be such a prospect in the future and therefore they are taking reduction measures from now on.

If the drug is not registered in Israel, how could it be given?

Although the drug is not registered in Israel, it has already been approved by other authorities around the world, such as the US Food and Drug Administration (FDA). In Israel the drug is given under individual and special approval by the Ministry of Health called Form 29C. In this form, physicians may issue a prescription for an unregistered drug along with an exceptional request to the Ministry of Health for approval outside the original indications.

Are there treatment options for other injections?

There are a variety of pharmacological treatment options for weight loss. Obesity is a disease with varying degrees of severity, and drug treatment should be adjusted according to medical judgment. However, in many cases, physicians who do not specialize in treating obesity disease are unaware of the range of medications available to treat obesity and therefore refrain from providing various pharmacological treatments to patients.

Osmic is an important drug in the existing set of drugs for the treatment of obesity, so restrictions on the administration of the drug cause enormous damage to patients with obesity and in fact diabetics prefer them. It is important to remember that obesity is as serious a disease as any other disease and even more so, as it causes many ailments that accompany it like cancer, heart disease, blood diseases and even shortening life expectancy.

It is important to remember that a doctor who specializes in the treatment of obesity will know how to increase the effectiveness of the treatment and achieve maximum results through changes in drug dosages and combinations of several drugs – depending on the personal need arising from the treatment, and minimum side effects.

Does drug treatment save the need for diet?

The drugs used to treat obesity are not magic. They allow the process of weight loss to be initiated, but it is not possible to be satisfied with them alone. Weight loss medications are part of a comprehensive treatment regimen that also includes emotional therapy and dietary modification. Today through a team of professional experts, tools can be obtained that will help patients achieve significant weight change and maintain results over time. The goal of treatment is not to go on a diet. The treatment does not prohibit favorite foods and is not conducted through strict diet menus, however the patient will often be asked to make a dietary adjustment to the drug, to maximize the results.