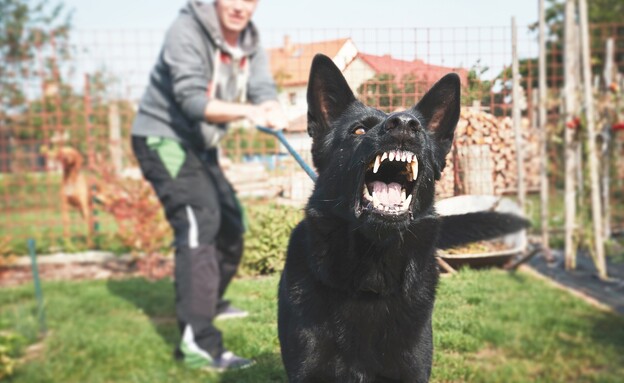 New data published by the Ministry of Agriculture shows that there is a decrease in the number of dog owners who make sure to vaccinate their dog, along with a disturbing increase in the number of dog bites. In 2021, 390,931 dogs were vaccinated out of 576,361 – a figure that reflects a vaccination rate of 68.9%. An average calculation of the last three years shows that the rate of vaccinated dogs stands at only 69.53%.In recent years, the Ministry of Health has repeatedly warned against stray dogs that have contracted rabies and that their bite could infect this serious disease. Just a few weeks ago, the ministry issued a warning about a stray wild dog infected with rabies at the Yanai farm, near Hatzor HaGlilit, in the Upper Galilee. In another case, a jackal that was diagnosed with rabies was captured in the orchards of Kibbutz Baram located on the Lebanese border, after two people were attacked by jackals that were apparently infected with rabies in the Western Galilee region. The Ministry of Health notes that during 2021, 28 animals were diagnosed with rabies, of which 26 were found in the northern region, and in recent months there has been a significant increase in the number of animals detected as rabies in the northern region.

Meanwhile, the Ministry of Agriculture is publishing another statistic, no less disturbing about a significant increase in the number of dog bites. Data from the National Center for Dog Registration at the Ministry of Agriculture show that during 2021 2,273 bites were reported while in 2019 the number was 2015 ‘only’. The report also examines the proportion of dangerous dogs that have been bitten: 137 such incidents have been reported over the past year, a figure that reflects a rate of 6.02% of all bites. The total number of bites in the last three years is 6,476.

Liability for any type of injury

What does this mean for dog owners? According to Adv. Eran Jakubowicz, an expert in insurance and tort law and a partner in the firm of Zvi Jakubowicz & Co., the owner or owner of a dog that does not observe his vaccination legally, takes a significant risk, which may result in criminal punishment, along with compensation of hundreds of thousands of shekels Depending on the damages that will be caused. The Torts Ordinance stipulates that in a claim for damages caused by a dog attack, the burden of proof will be shifted to the dog’s owner.

In addition, the language of the ruling states that there is no need for physical contact between the dog and the person injured by it. The owner’s liability for damage caused by the dog, includes any type of behavior that originates in the dog. It could be a dog attack, a bite, some sort of attack, a jump, a scratch, or any behavior of the dog that caused the person to get hurt. Therefore, even in a situation where the person is simply startled and falls for example, as a result of the dog’s behavior, the owner is responsible. Moreover, this must not be the result of aggressive behavior but also as a result of a dog playing. Adv. Jakubowicz adds that this is not a threat to a young woman, since in recent years, dog owners have paid a cumulative amount of hundreds of thousands of shekels for bites.