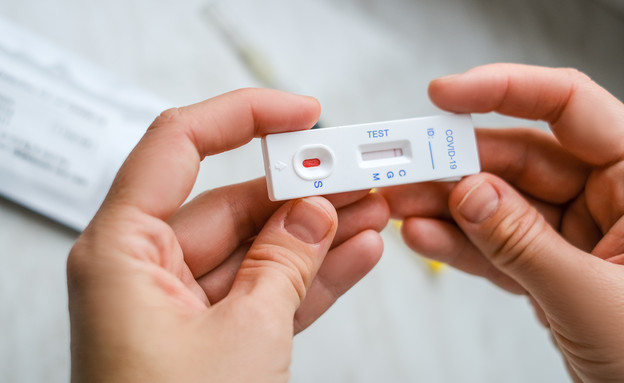 Liane Lester, a 37-year-old optician from the UK contracted Corona and remained positive for more than seven months, during which he was forced to stay in isolation at his home, until he was vaccinated with two Pfizer vaccines that managed to eradicate the virus. This is the first time the vaccine has been used to treat the virus and not prevent it. Lester’s case was documented in the Journal of Clinical Immunology.Lester suffers from Wisconsin-Aldrich Syndrome (WAS), a rare inherited disorder that affects platelets and immune system cells. Sufferers of the syndrome are more susceptible to infections, can bleed more easily and have a weakened immune system that makes it difficult for them to guard against infectious diseases after they become infected.

During the first wave of the plague, Lester managed to be saved, but in December 2020 he contracted. He suffered from a series of classic symptoms, including a slight loss of sense of taste and smell that dissipated within a month. The doctors asked him to keep getting tested because his weakened immune system means there is a risk that he could continue to be positive for longer than usual.

Month after month, test after test is back positive. Ian was forced to give up his job and stay all this time in his home in isolation. “People would think it was a long vacation, but after three months it was no more,” Ian said. “It slowly became my prison cell, especially when summer came and restrictions were lifted for everyone else. Family and friends could be seen starting to come back to life outside, and I still got the positive results.”

Ian began to experience symptoms again after three months that included fatigue, headaches, insomnia and a busy chest. He also faced difficulty concentrating and an accumulation of sticky mucus on his lungs. It did not worsen to a state of hospital treatment, but it was clear that his body could not easily shake off the virus. “I was afraid I would never be able to get rid of it,” he said.

Scientists and doctors have been monitoring the battle between the virus and Ian’s immune system and have discovered that it’s not just Long Cubid’s symptoms but a prolonged infection. They were unable to find antibodies that would neutralize the virus, and a limited amount was detected in the body of T cells, which can attack the virus.

While in the UK they started vaccinating the population, he could not get the vaccine because it was still positive for Corona. But scientists at Cardiff University have decided on an unusual experiment. They will give him two doses of Pfizer’s vaccine in the hope that it will help his immune system defend itself against the virus.

The difference in Ian’s body “was like night and day,” said Dr Mark Ponsford of Cardiff University. , 218 days after it was first identified.

How did the vaccine manage to eradicate the virus?

“This infection broke out, but with the immune system [המוחלשת] His it just wasn’t enough to trigger a sufficient response to clear it up, “explained Professor Stephen Jules, of the UK Immunodeficiency Center.” We wonder if vaccines can help cleanse the virus by encouraging a strong immune response in the body. The vaccine really made a huge difference, in antibodies and T cells, and took advantage and squeezed every last drop of what his immune system could do. ”

According to the doctors who followed the case, the results suggest that the vaccine can also be used to help the immune system in people who have a weak immune system. There are antiviral drugs now that were not available when Ian took Corona, but it is possible that vaccines could offer a cheaper and more durable option.