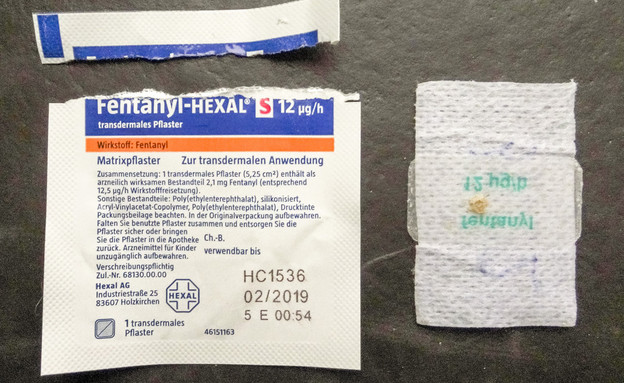 The fentanyl patches, nicknamed “fanta”, contain an active substance used for pain relief used by patients, who suffer from severe chronic pain, including cancer patients. The stickers can be purchased at pharmacies only with a doctor’s prescription. But it turns out that the stickers have become a hit among drug users in Israel in the past year. So much so that doctors receive threats on their lives for refusing to prescribe patches.

“It’s the kind of drug that consumers are capable of murdering doctors, so much so,” a police officer warned.

“It is a very metal substance, cheap so it has also become a hit,” explained one user, “to me it is very cheap relative to other drugs and also its effect is stronger. It is more addictive than heroin and cocaine.” Jumped to NIS 150 per cube.

“I would rather keep my life and not make things worse”

As a result, users and dealers of Fanta are threatening the lives of doctors so that they can write fictitious prescriptions for them to buy the stickers and sell them to others. Most doctors refused and received death threats, some succumbed to threats. And had no choice but to register prescriptions. In one case, a restrained doctor refused to prescribe a 52.year.old city resident. In response, he started yelling and getting angry and threatening the doctor’s life. “I’m waiting for you outside. I’ll kill you,” the patient threatened the doctor. The doctor called the police for fear that the patient would carry out his threats and harm him. Police officers who arrived at the scene arrested the patient. The Prosecution Bureau of the police filed an indictment against the patient in the Magistrate’s Court in Be’er Sheva.

In other cases, some doctors in the south and center of the country received similar threats, but preferred not to complain to the police for fear that patients, some of whom were linked to criminals in criminal organizations, would harm them and their families.

“I prefer to save my life and not aggravate the situation,” said one of the doctors. “Hypnosis has become a sticker that makes a lot of money.”

The price of a pack of five fanta stickers ranges from NIS 200 to NIS 250 in pharmacies. From five stickers you can create dozens of small cubes and rake in a profit of thousands of shekels. –

“It’s a pretty lucrative business so there’s a frenzy to get fanta stickers,” police officials explained, “on the other hand it’s a very deadly drug that has killed dozens of users.“