What does whole wheat consumption do to your body? 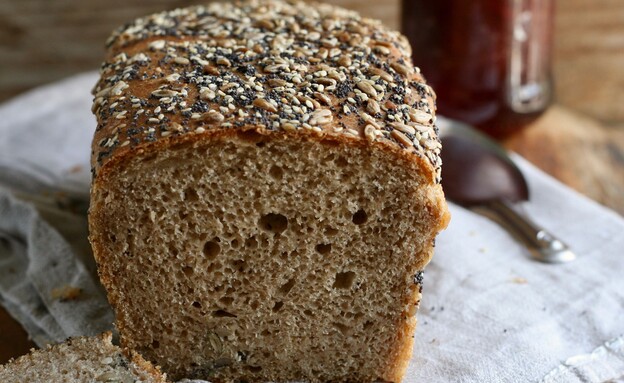 There are different types of bread on the market, which differ in the types of flours from which they are made from white flour, wholemeal flour, dark flour and more, as well as in their various sources, grains usually, like wheat, spelled, rye and oats.What are whole grains?

The wheat kernel contains three main parts: germ, bran (which includes layers of the wheat kernel) and endosperm (the starchy component that makes up the bulk of the flour). In the process of making white flour, the germ and bran are removed from the wheat grains, thus reducing the nutritional values ​​of the wheat, since most of the nutrients are actually found in the bran and germ.

Wholemeal flour, on the other hand, is ground tank Wheat kernel components, in a process that preserves most of the nutritional values. It is therefore advisable to consume bread that consists as much as possible of wholemeal flour, wholemeal bread or wholemeal bread, over bread that consists mainly of white flour. There are bakeries that grind the whole grain kernels themselves, thus maximizing the quality of the flour used next to the bread baking.

In the Israeli standard, wholemeal bread is defined as bread in which the proportion of wholemeal flour, of all kinds of flours, is at least 80%.

Whole grain kernels are nutritionally preferable because they are richer in dietary fiber, antioxidants, proteins (especially the amino acid lysine), and minerals (including magnesium, manganese, phosphorus, Selenium) and vitamins (including niacin, vitamin B6 Vitamin E).

Consumption of whole grains reduces the risk of mortality and morbidity from common diseases in the population of the Western world, including atherosclerosis, heart disease, various types of cancer, diabetes, hypertension and obesity.

The dietary fiber in wholemeal flour contributes to colon activity and health, prevents constipation and reduces the risk of colon cancer. They help maintain normal levels of cholesterol, fats and blood sugar and reduce the risk of developing type 2 diabetes, and they also have anti-inflammatory properties. In addition, the fiber contributes to creating a feeling of satiety over time and maintaining a normal body weight.

Recommendations of the Ministry of Health

The Ministry of Health’s national dietary recommendations include eating whole grains (like breads made from whole wheat flour) in line with vegetables and fruits for daily variety.

In order to make it easier for consumers to choose healthy breads, the Ministry of Health has launched the unique label for bread, rolls and pitas as part of the “Possible Healthy” program – the National Program for Active and Healthy Living.

Along with the Ministry of Health’s recommendation to consume whole grain carbohydrates on a daily basis, and in light of the sometimes excessive consumption of carbohydrates and sugars among the population, there is a segment of consumers seeking to reduce carbohydrate intake and consume low-carbohydrate foods.

Common breads on the market usually contain about 200-300 calories per 100 grams (about 4 slices of bread), about 40-50% carbohydrates, originate mainly from flours or grains, and about 40% water.

In light of this, there are also low-carbohydrate breads on the market, in which about 80% of the carbohydrate content has been reduced, which therefore stands at only about 10% of carbohydrates in these breads. These breads are based on almond, walnut and seed flours, instead of the grains that are commonly found in the breads on the market, and therefore contain only about 2 grams of carbohydrates in a slice of bread. These breads are rich in protein and dietary, vegan fiber, with no preservatives and no sugar substitutes. You can see that nuts, too, which form the basis of these low-carb breads, are in the Ministry of Health’s recommended food arc, the yellow arc, which speaks to their daily intake.

Debbie Mazuz, Food Engineer of the Davidovich Group, B.Sc In Food Engineering and Biotechnology from the Technion