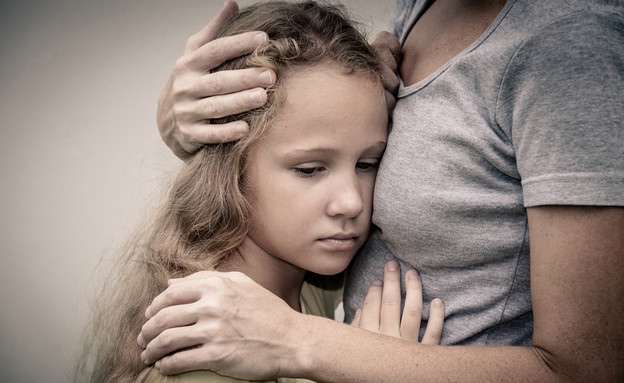 The State of Israel, which is proud to be a high.tech nation, has not been able for years to implement a very simple solution that can help thousands of children in Israel. When a person is required to have an MRI scan, he is required to fast for six hours. In the case of children and infants this is not a simple story, certainly when they are asked to fast in the late hours of the day, and given the fact that the required fast usually lasts well over six hours due to delays. “This is a failure that must be resolved and it can also be resolved,” said Adi Mann, a social activist and member of the Modiin City Council who decided to go to war in order to change the situation.

Adi recently published a post on the subject, following her personal case. Her son (now four.and.a.half years old) has been diagnosed with cancer and since then he has been coming for high.frequency MRI scans. Before each test he is forced to fast for six hours, usually even beyond that because the scheduled appointment is delayed. “I never had a post that exploded like that,” Adi says. In a short time, her post received more than 3,000 likes “and lots of comments from parents who shared about their difficulty,” she said.

The request of Adi, as well as of the other parents of children who have serious illnesses or are required for MRI scans, in which case, unlike adults, the tests for children will not be performed beyond nine o’clock in the morning. By the way, as is happening today in the US and some European countries. So most of the day will be about the children’s bedtime. “In the US there is no such thing as children going in for a test that requires fasting after nine in the morning,” Adi said. “It’s a war that is principled for a lot of families and not just my son’s private case. Through it I experience this unbearable experience. My son is required from an age of two to fast at unreasonable hours and goes through it relatively well.”

“Think that parents of children dealing with cancer do these tests for the entire treatment period and then another five years of recovery period, every month.three months to undergo tests with fasting at non.routine hours,” Adi adds. “In one of the responses, a mother of a one.year.old breastfeeding baby says her daughter is screaming, literally screaming while waiting for an MRI scan and she can’t breastfeed because of the fast. Now, the worst thing is that it’s not really six hours. It’s always more because suddenly there is an emergency “Anesthesia pops up for emergency surgery and another thousand and one reasons. For an adult, when you tell him you will go from a six.hour fast to 12 hours because of an emergency, that’s fine. In the case of a child, it’s a nightmare.”

Through her situation she shares what the parents are going through even in the environmental situation that the fasting children have to deal with. “During the corona period my older children were at home. And to think that I need the child to fast before the test at three in the afternoon, he must not eat from eight in the morning and that is when he gets up on time and wants to eat at eight in the morning. “For my grown.ups to eat when my little boy of four and a half has to fast. It’s a hallucination.”

A simple solution that does not require a special budget

Adi decided to put an end to the phenomenon and initiate a social struggle whose whole purpose is one, to change the way the system conducts itself in front of the children. And it’s much less simple than you might think. First of all, she explains that the hospitals that perform the tests will make the appointment so that the children will be tested in the early morning and the adults later in the day. It does not even need a special budget. “I must thank the management of Safra Children’s Hospital, because they are not to blame and it is an amazing hospital. There is no MRI and the tests children and adults do together at Tel Hashomer Hospital.”

She goes on to explain that what is needed is “that the anesthesiologists who come here twice a week for a full day, come for five days and work in the very early hours. I prefer to come with the child asleep at five in the morning when fasting while he sleeps and not suffer. “Deploy those who are different. You can also think within the hospital how to make the situation better.”

All the solutions it offers and fights for, are at the level of the hospitals themselves. Of course the state must add more MRI machines. But in a conversation with her, Adi says that “the thing that drives me the most is when they tell me, ‘There’s nothing to do, it’s been working like this for years.‘ It’s a sentence I can’t hear.” As part of the drive to change the situation, she intends to contact the chair of the health committee, MK Idit Silman, and the Minister of Health, Nit Horowitz, in the near future. It is in the hope that there will be a change in the situation even without the need for a long struggle in light of the fact that this is an obvious request.