Immunists are still at significant risk of contracting the virus 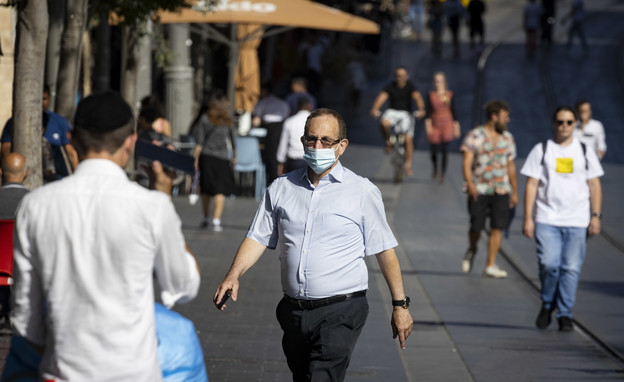 A new study by a team of researchers from Imperial College London in collaboration with Ipsos MORI, a company that specializes in market research, found that although vaccinated people are less infected with corona compared to unvaccinated people, they can still be infected with the virus, perhaps at a higher rate than previously thought.

The study Based on data from 98,233 corona tests performed between June 24 and July 12 in the UK. His results, published before being peer.reviewed, show that one in 160 people became infected in Corona and the incidence rate was 1.21 percent among unvaccinated and 0.40 percent among two.dose vaccinated. In addition, it was found that people who were vaccinated with two doses were less likely to infect others with the virus compared to people who were not vaccinated at all.

In England it was decided to remove all corona restrictions starting July 19, in an attempt to return to routine and live alongside the virus. But although many have expected an increase in morbidity, the data so far indicate relatively low morbidity. However, there are experts who believe that there is a gradual and slow increase in morbidity, which has not been noticeable in the data so far. Either way, it seems that surprisingly, the removal of restrictions has not led to a spike in morbidity and even if the number of patients is on the rise.

According to official data released by the state authorities, in the last day about 21,000 new corona cases were recorded, a decrease of about 20 percent from last week. However, it seems that the death toll is on a gradual upward trend, in the last day 138 deaths from the corona virus have been recorded. In May, the death toll from Corona was usually between 5 and 13 dead per day. The number of patients is also on a gradual upward trend with 731 new patients as of July 30 and a total of 6,099 hospitalized across the UK, of whom 895 are connected to a respirator.

–
>> There is a situation where you suffer from celiac disease, but are not aware of it
>> Granny Hair Remedies: All The Options In The Kitchen
>> cause for concern? Another strain of the corona virus was discovered

According to the BBC, more than 46.8 million people in the UK (the total population is about 68 million people) have received at least a first dose of the vaccine for corona.

It is important to note that in the UK four vaccines have been approved for use; Pfizer, Astraznica, Modern and the Johnson & Johnson vaccine, whose efficacy percentage is different and may also have influenced the results of the study.

Paul Elliott, a lecturer at the Public Health School at Imperial College who conducted the study, was interviewed and noted that the results of the study confirm prior information that two doses of the vaccine provide good protection against infection. “However, we can also see that there is still a risk of infection, since no vaccine is 100 percent effective, and we know that some people who have been vaccinated twice can still get the virus.” He recommends that despite the removal of restrictions, “you should be careful, to protect each other and flatten the contagion curve.”

The corona plague is an event that continues to evolve and catch up. The current report is as of Wednesday (04.08.2021) and more may change. We strive to bring you the latest reports, but it is important to be updated daily in light of the many changes–