Almost 5 years after the earthquake, here is the first crane in the red zone of Amatrice 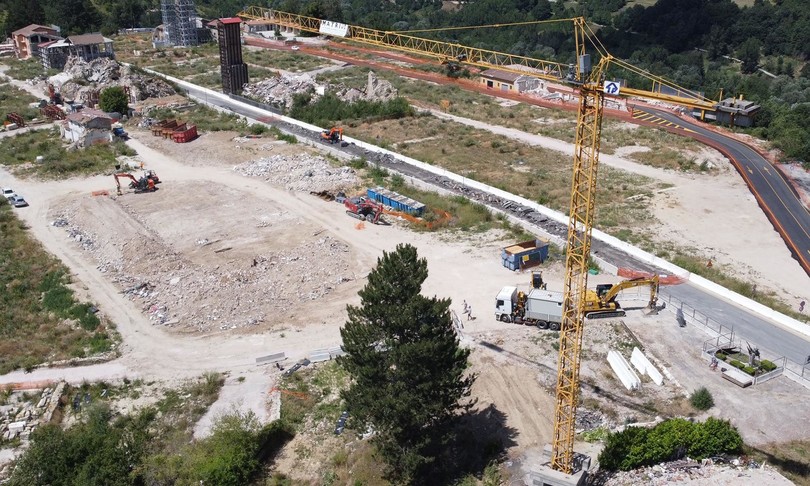 ` – Almost 5 years after the anniversary of the 2016 earthquake tragedy, you can see the first crane inside the red zone of Amatrice, Municipality of Rieti razed to the ground by the tragedy. In fact, the reconstruction work on the condominium facing the war memorial in Piazza Antonio Serva is imminent.

“The crane, whose assembly was completed late yesterday afternoon, has a great symbolic value – explained by the Municipality of Amatrice – if many private construction sites are operational outside the perimeter of the center and in the hamlets, this aggregate is the first ever in the city center. A few meters away, demolition work has also begun on the Corso Umberto I roadway, a construction site that will lead to the creation of the underground service tunnel “.

“We are extremely proud to have managed to keep the promise made by our dear friend Mayor Antonio Fontanella: the first cranes in the center of Amatrice in August – commented the acting deputy mayor, Massimo Bufacchi – A huge thanks to all those involved: to Commissioner Giovanni Legnini, the Special Office for Reconstruction of the Lazio Region, the Region itself and the technical offices of the Municipality.

It is a dream come true, and more construction sites are planned within a few days. Now we can say – continued Bufacchi – we are doing it, the beginning of the reconstruction of Amatrice center is a reality ”.