The fire alarm is growing, the next few days will be at very high risk 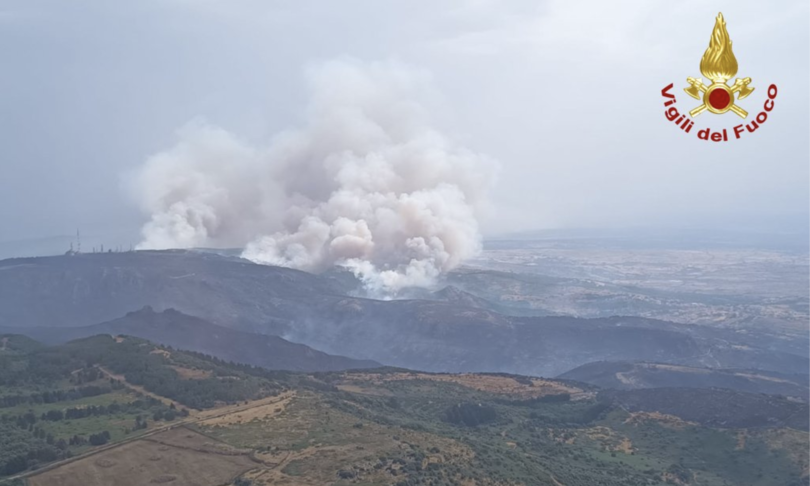 Yet another dramatic day on the fires front in central.southern Italy. The high temperatures and strong winds make the work of those who have to extinguish the fires complicated– In the province of Reggio Calabria the situation continues to be worrying. The fire front on San Luca, in Locride, advances and is very close to the Old Forests in the Aspromonte National Park, recently included in the Unesco heritage.

A massive mobilization of men and vehicles is underway, with many volunteers– Army support was also sought to save the Old Forests. Critical situation also in the Grecanica area. Today Vesuvius is back to burn– In Torre del Greco (Naples) the flames first enveloped some scrub in via Ruggiero, then pushed by the wind involved large areas of Mediterranean scrub, pine and oleanders. Then, driven by the wind and the high temperatures of these days, they surrounded two houses that were evacuated. Another fire that causes concern is reported in Tuscany, in the Colle area in the municipality of Quarrata (Pistoia).

The weather forecast for the next few days does not announce anything good so much so that it is the Head of the Civil Protection Department himself, Fabrizio Curcio, to sound the alarm: “Our country will be affected by very high temperatures, a condition that will facilitate the spread of forest fires throughout the territory. Starting today, temperatures will increase throughout the Center.South, reaching high values ​​on Tuesday 10 and Wednesday 11 August. In these two days the inland locations of Sicily and Sardinia will record values ​​close to 45 ° C “.

Curcio recalled that “in terms of fighting forest fires, we have challenging and dramatic days behind us and the temperatures we expect in the next few days require the utmost attention. The Department, together with all the National Service and the State fleet they are working tirelessly to contain the fires that are affecting the Center.South. Ground teams and canadair are, even today, strongly engaged in Calabria, a region where unfortunately we have recorded two victims in recent days. We will not fail to support the regions most affected by these events and, as always, we ask citizens for the utmost cooperation and caution. It is essential to avoid any behavior that could generate fires – concluded Curcio – and promptly report even small fires “.

Speaking of fires, a new call from the bishop of Cefalù, Monsignor Giuseppe Marciante, during the homily for the celebrations of the Most Holy Savior of Cefalù: “Whoever stains himself with this crime puts himself outside the communion of the Church as he has committed a crime against the Creator putting people’s lives at risk and destroying the precious environmental asset for the survival of all his creatures ”

And again: “Unfortunately, the sad episodes of the fatal fires, by criminal hands, in these hot days in August – continued the prelate – lead me to think that we are faced with a planned desertification plan for our land for the benefit of dirty economic interests towards recipients who for our guilty silence will remain anonymous. “For this reason the diocese will allocate, through the diocesan Caritas, today’s collection to help those who have suffered serious damage from the fires.

Draghi signs the Dpcm for the mobilization of civil protection

The commitment of the State Air Fleet and the ground teams in the fight against forest fires continues. To date, more than 900 applications for air tenders have reached the Department’s Unified Air Operations Center (Coau). The regions of the Center.South are particularly affected.

In these hours the maximum attention is on Calabria, whose complex situation has led the Region to make a request for support. The Prime Minister, Mario Draghi, signed the Dpcm with the declaration of the state of national mobilization of the Civil Protection System.

The Department is therefore working to coordinate the dispatch of volunteers, national organizations and regional mobile columns, who will operate in support of the activities to extinguish the fires. Only today from Calabria there have been 8 requests for air competition advanced to the Unified Air Operations Center (Coau) of the Department, to which are added the 6 of Sicily, 4 of Lazio, 2 of Sardinia, 2 of Basilicata, 2 of Campania, 2 of Molise, one of Umbria and one of Abruzzo –

According to the data available at 5.00 pm, therefore, 28 requests were received, of which 12 fires were put under control or extinguished. The activities of launching water and retardant and extinguishing liquid will continue as long as the light conditions allow to operate safely.