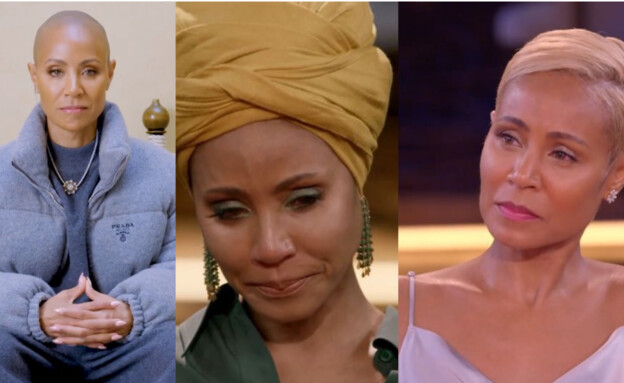 Less than a week before the Oscars – during which she received the unsuccessful joke about her bald head – Jada Smith spoke in a ticking video about her illness and among other things about how she feels about people who “may have an opinion” on the subject.In a video titled “Be Proud of Your Crown” she described how even at the stage she had hair she had to deal with environmental conventions on how she should look. “Being a black woman and dealing with hair in Hollywood, in the era I came in, having your hair look as European as possible was always the issue, and it was really challenging, because I loved my hair wildly. Curly. I had to pick up my hair in ways that did not feel natural to me because I tried Play the game. ”

Smith ended the video by saying, “So I had to learn to have the courage to go, ‘Well, I’m not doing this.’ Guess what? I like it. ”

In recent years Smith has referred more than once to the process she is going through, after discovering that her hair has begun to fall out. In 2018 she told about it for the first time, “a lot of people asked why I wear turbans,” she shared on her show on Facebook Watch Red Table Talk. “I did not talk about it. It’s not easy to talk about it, but I’m going to talk about it. It was scary when it first started. I was in the shower one day and I only had handfuls of hair on my hands and I was just like, ‘My God, am I balding?

My hair was a big part of me, “Smith continued.” Treating my hair was a beautiful ceremony. It was one of those times in my life when I was really shaking with fear. That’s why I cut my hair, so I keep cutting it. ”

When my girl helps me resurrect that 1989 Jada! Let me fiiind out Madame Jeuge pic.twitter.com/fvPt0LeY42

Despite consulting many experts, she was unable to find the source of the hair loss. “I did every kind of test that needed to be done,” she explained. “They do not know why.”

Later in the year she shared the treatment she started undergoing and even thanked everyone. “I get my little steroid injections, and they seem to help, but not cure. I’m open to other ideas,” she said in a video she posted to Instagram. “I just want to say thank you to everyone for all the information, from all the doctors and all the holistic practitioners, who have approached me. I so appreciate it.”

Last July, inspired by her 21-year-old daughter Willow, she decided to regenerate in baldness and alongside a shared photo she wrote: “Willow made me do it because it’s time to let go.”

The next step in her dealing with the disease was last December with a new video in which she ran her finger over a bald line stain on her scalp: “Now, at this point, I can only laugh. You all know I struggled with baldness and just suddenly one day, look at that line here. look at this. Me and this baldness become friends … period, “she concluded the video.