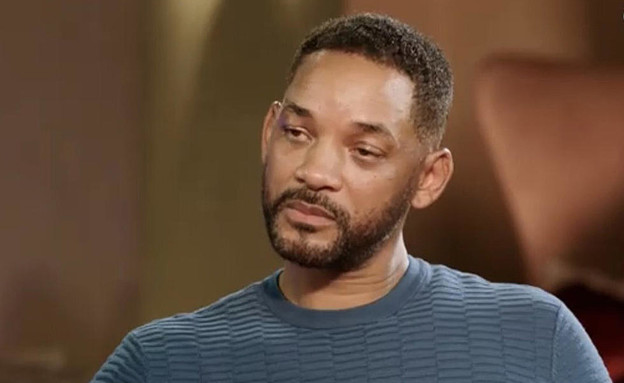 Will Smith, the recent Academy Award-winning lead actor for his role in “Winning Family” will be best remembered for the incident in question as “Will Smith slapped comedian Chris Rock after the latter insulted his wife Jade for her illness.” This, of course, is not the end of Smith’s life and work, and the actor’s personal collaborations from recent years suggest that alongside a glorious professional history stands a complex past that includes childhood in the shadow of an abusive parent and deep psychedelic experiences that have impacted his life and relationship.Smith last November launched the autobiography WILL in which he describes the long and winding journey from a boy in West Philadelphia to one of the greatest rap stars of his time, and then to one of the greatest movie stars in Hollywood history.

Smith confesses in his book that he considered suicide when his mother, Caroline Bright, left her family after being physically abused by the actor’s father, Willard Carroll Smith. He said the incident left him feeling lonely and guilty, leading to suicidal thoughts.

“When I was 9 I saw my dad hit my mom in the head so hard she collapsed. I saw she spat blood from the hit. That moment in the bedroom, probably more than any other moment in my life, defined who I was.” He added that although he maintained a close relationship with his father after the divorce, “darkness arose in me” when the memory came back one night. While treating his father, who was in a wheelchair and was diagnosed with cancer, the actor admitted that for a moment he considered pushing him down the stairs to “avenge” his mother.

A significant chapter in his book is devoted to Smith describing his psychedelic experiences. According to Smith, he took psychedelic drugs to solve marital problems with Jida and in his book he describes in detail the spiritual journey he went through with the ayuasque plant he took in Peru 14 times. “I hovered deep in outer space,” he wrote. “I was trillions of light-years away from Earth.”

He said after Jada criticized the birthday party he had planned for her in 2011, the couple decided to break up. While facing the crisis he traveled to Peru where he attended more than a dozen ayahuasca ceremonies. In his memoirs he describes the powerful psychoactive tea-drinking experience, deep in the jungles of South America, guided by shamans, as “the greatest and incomparable feeling he has ever had.” “It was my first little taste of freedom. For over 50 years on this planet, it’s the greatest feeling I’ve ever had.”

An hour after taking the material, Will sank into a deep state of mind that took him into outer space: “But there were no stars as we know them. It was as if Picasso was painting the universe. Colors, cubes and angles – suddenly flooded with an echo of my surroundings. It’s the most beautiful place. “I have been in it all my life. I am starting to sob and cleanse: a whole life of insecurity, doubts and inadequacies comes out of me powerfully. At the same time, my inner beauty fills my heart and mind with new possibilities.”

According to him, after the powerful experience he and Jada completed. “We realized it was a fantastic illusion that we could make each other happy,” he said. “We agreed that she must make herself happy and I must make myself happy.”

How does ayahuasca affect the psyche?

According to Dr. Ido Magen of the Davidson Institute, the medicinal properties of the drink come from two plants. Larger than conventional antidepressants increase its activity.The second is a climbing plant, Banisteriopsis caapi, which inhibits the action of the enzyme monoamine oxidase (MAO), similar to another group of antidepressants.

Dr. Magen cites a study conducted at the University of Rio Grande do Norte in Brazil, which included 29 depressed patients (out of 218 initially recruited) who did not respond to existing medications and had no history of psychotic illnesses such as schizophrenia that ayahuasca could aggravate. And for a group that received a bitter-bitter brown liquid that causes nausea similar to the real drink and therefore the cells were used as a placebo. None of the patients or therapists knew what treatment was given to each (double-blind study). Ml per kg body weight.

The day after treatment there was a decrease in the severity of depression in ayahuasca patients, but not in the control group, and this effect was also seen after a week. In addition, the proportion of patients who showed improvement (a 50 percent or greater decrease in depressive symptoms) was different in the two groups: one week after treatment, there was an improvement in the condition of 64 percent of patients treated with Ivasca, compared with only 27 percent of placebo recipients.

The present study joins a series of studies that show that psychedelic drugs (mind-expanding drugs) such as psilocybin (the active ingredient in hallucinogenic mushrooms) are beneficial for depressed patients. Until now, it has been difficult to study their effect due to legal restrictions, but their use has recently been revived in the medical world.

A 2015 study, led by Jaime Hallak of the University of Sao Paulo, showed that giving an Ivasca dose to depressed patients increases blood flow to areas related to mood regulation and emotions. A previous study by the group that published the current article found a decrease in the activity of an overactive neural network in depressed patients.