How does menstrual training affect the body and mind? 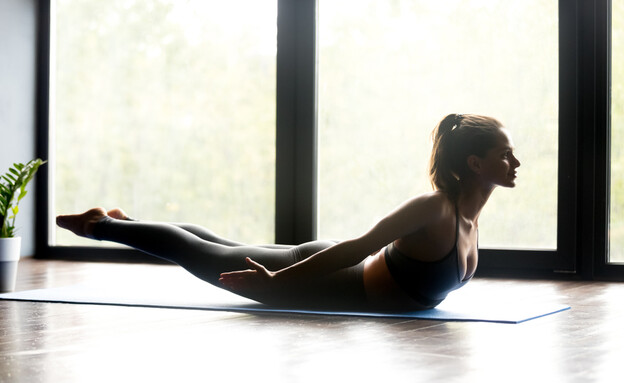 Does it really make sense to exercise during menstruation? From painful cramps to lower back pain and general fatigue, menstrual cycles can make the body feel unprepared for training. It turns out that contrary to popular belief, exercise during menstruation can be beneficial in relieving symptoms and improving physical and mental health.During this time of the month, motivation may be at an all-time low. Lack of energy can also be exacerbated by a reduction in serotonin and dopamine, along with the effect of other symptoms like sleep disturbance. It turns out that even in this case, the best remedy is to try to move.

International sports brands are also adapting themselves and leading various ventures including custom collections for use during menstrual training, special training classes and technologies that include absorbent layers for leakage protection.

Lydia O’Donnell, a Nike marathon trainer, talked about the “male” training culture she once dominated. “Coaches told me that if you didn’t lose a cycle, you didn’t train hard enough. That was the culture of sports. The coaches were just uneducated.” Since then, O’Donnell has drastically changed her approach to her body and her training. Today, she is the founder of Femmi, a training company for women who want to train in sync with their cycles. “I want to show women that they should not act against their body.”

The benefits of exercise during the cycle

More endorphins. The sudden drop in reproductive hormones can interfere with the release of other chemicals for a good feeling. There is a higher chance that the body and mind will feel tired. How do you fight it? By loading endorphins. Exercise helps increase endorphins, which help overall health.

Affects the pain. Exercise can reduce menstrual symptoms and make you feel better mentally and physically. Studies show that exercise can help reduce symptoms like cramps.

Less swelling. A bloated lower abdomen before or during your menstrual cycle is a common side effect and one of the best ways to reduce it is to move the body. Research Find that women who took yoga classes experienced fewer prenatal symptoms (PMS) and reported less menstrual cramps. There was also a marked decrease in breast tenderness and abdominal bloating.

It is important to be prepared before training by wearing a tampon or pad designed for heavier possible flow. It is also possible to wear dark pants in case of a leak, and it is recommended to bring a pair of underwear or other clothes to the gym to change them after the workout.