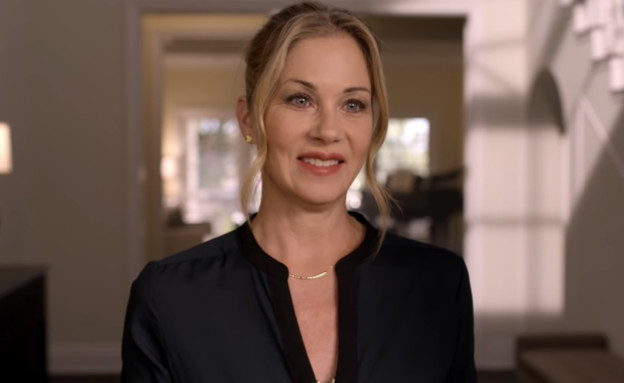 Actress Christina Applegate, known to most of us as Kelly from the mythical series “Married Plus,” revealed yesterday that she has multiple sclerosis. “Hey guys, a few months ago I was diagnosed with multiple sclerosis,” she tweeted yesterday. “It was a strange journey but I got a lot of support from people I know who also suffer from it. It was a tough road. But as we all know, the road goes on. Unless some idiot blocks it.” The diagnosis of multiple sclerosis in Applegate comes after in 2008 she was diagnosed with breast cancer, underwent double treatment and mastectomy and recovered from the disease.

Hi friends. A few months ago I was diagnosed with MS. It’s been a strange journey. But I have been so supported by people that I know who also have this condition. It’s been a tough road. But as we all know, the road keeps going. Unless some asshole blocks it.

>> For more details on MS

MS is a chronic disease, which you have probably heard of many times. In order to better understand the disease at all levels and to put in order the perceptions that are common among the general public, we have collected with the help of Anat Elon, founder and chairman of the board of MS Israel, some interesting and surprising facts about multiple sclerosis:

MS is not so named because it is common in the world but because its lesions are common in all parts of the central nervous system. It got its name from the French neurologist Jean-Martin Charcot in 1868 when he first lectured on the features of sclerosis. At the same time, the incidence of multiple sclerosis is increasing every year, and today there are over 2 million patients worldwide and thousands of patients in Israel. But the incidence of the disease varies from country to country and in fact it increases as we move away from the equator. One explanation is that it is related to the production of vitamin D, which among MS patients, a deficiency of which is quite common. Since this vitamin is produced in our bodies with the help of the sun’s rays, it is assumed that in particularly northern or southern countries, where sun exposure is relatively low compared to the equator, there are residents with lower levels of vitamin D and a higher incidence of multiple sclerosis.

Countless studies have tried and more are trying to answer the question – what causes the disease?

As mentioned, there is a connection between a lack of vitamin “This is a million dollar question”, says Anat Ayalon, founder and chairman of the board MS Israel. “You can not put your finger on the cause of the disease, because in the case of MS it is unknown. There are other diseases in which it is different. We know for example that if you stop smoking, you reduce the risk of lung cancer. In MS, the only certainty is uncertainty. “In fact, what matters is not what causes the disease, but what we do with it next, and today we have good ways of coping thanks to the new variety of drugs and a way of adhering to the treatments and maintaining a balanced lifestyle.”

Diagnosis of the disease: from a hot bath to an MRI

In the past, for decades and even for the rest of their lives, MS patients have not been diagnosed with the disease. One of the ways to diagnose multiple sclerosis in the 19th century and into the 20th century, was the ‘hot tub’ test. The test relied on a common phenomenon among patients, who experience exacerbation of symptoms as body temperature rises. The test included lying in a bath full of hot water, and when the bath worsened the neurological symptoms it was evidence of the presence of multiple sclerosis. Today however, various tests like MRI combined with patient complaint can provide an unambiguous diagnosis of the disease. “Because the symptoms can be many and not always clear, the clarification usually starts with a family doctor or an orthopedist – who will not necessarily refer the patients to a neurologist,” says Ayalon. “Therefore, in the case of symptoms and complaints, it is important that the patient know how to seek a referral to a neurologist who specializes in multiple sclerosis, thus shortening the diagnostic process and arriving at treatment earlier.”

More and more women are getting sick with the disease

To date, studies are trying to understand why the disease is more common in women, and whether it is related to differences in the immune system, nervous system or hormonal system, or whether it may be genetic differences or lifestyle differences between men and women. . “In the past, women with multiple sclerosis were advised not to get pregnant during the illness. Today we know in general that pregnancy can soothe sclerosis, so there is no fear of childbirth.

“It is important to understand that multiple sclerosis is not a terminal disease,” says Ayalon. Indeed, studies show that MS has a slight effect on life expectancy and is due to complications of the disease. However, the earlier and the more persistent the treatment of multiple sclerosis and its symptoms, the longer the life expectancy increases and the quality of life increases.

The characteristics of the disease change over time

Multiple sclerosis has several forms, and perhaps the most common of these is ‘relapsing-remitting multiple sclerosis’ (RRMS). This type of sclerosis is characterized by bouts of neurological symptoms that appear without warning, and is usually accompanied by a period of relaxation that can last months and even years between bouts. Another form of the disease, which appears in some patients over the years, is called persistent secondary multiple sclerosis (SPMS). In these patients the seizures are usually reduced but the neurological damage accumulates and the chances of disability increase. “It is important to understand that there is no linear line here, and most sclerosis patients will not need a wheelchair. I have been living with multiple sclerosis for 30 years and I work full time, and am fully active,” says Ayalon.

Until the middle of the 20th century: Treatment of poisonous plants and malaria parasites

Until the middle of the last century there was no effective treatment for the disease. Therefore, physicians relied on trial and error and examined a variety of methods for treating the disease, such as treating poisonous plants using the baldona plant, treating metals like arsenic and mercury, and injecting malaria parasites. Despite all the trials and hopes, none of these really helped, and in many cases these treatments even caused great suffering to the patients. It was not until the 1950s that steroid treatment began that managed to control the duration and intensity of seizures, but their treatment included very serious side effects. Today, when the mechanism of the disease is already known and with the medical advancement that has gained momentum in recent years, there are a variety of treatments that can not only reduce the number of seizures and their intensity but also slow the rate of disease progression and actually improve patients’ quality of life. Therefore, it is advisable to start treatment as early as possible, and tailor the right treatment according to the patient’s condition or complaints.

Apart from the medical treatments that may delay the progression of the disease and alleviate the accompanying symptoms, there are other ways that can improve the quality of life of the patients like behavioral therapy, dietary changes, exercise and so on. One study has shown that learning a second language can lead to an improvement in cognitive skills in MS patients. Another study done several years ago showed that ballroom dancing can improve performance. “After a severe attack I experienced about five years ago, I decided to start dancing. So I did not know how much it would affect me, and today I can say that the dance contributed to my stability, body strength, muscle strengthening, flexibility, perception of space and balance,” says Ayalon.

In conclusion, multiple sclerosis, which for decades has been a mystery and has caused a great deal of frustration on the part of both doctors and caregivers, has become in recent decades and especially in the last 15 years with the advent of customized medicine, a treatable disease, delaying deterioration and living with it for many years. Good life. There is no doubt that there are many more questions left open in the study of the disease, but science does not stop looking for answers, and knowledge about the disease is accumulating.