Italy is burning, thanks to the hot temperatures and the wind 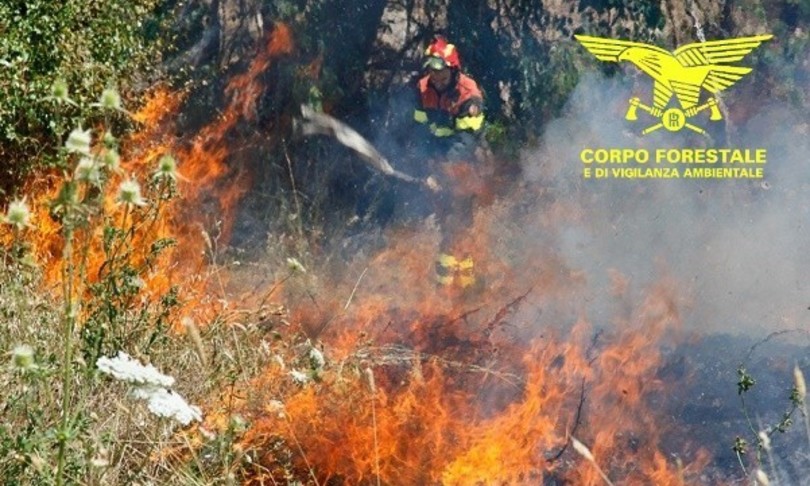 Heat and fires. Italy has been burning for days and struggling to get out of the grip of the fires and, unfortunately, of the dead. Thanks to the torrid climate and the wind, it doesn’t take much to see hectares of woods and Mediterranean scrub go up in smoke. Sicily, Calabria and Sardinia the most battered regions, which recorded the greatest damage.
In the last 12 hours alone, 528 interventions were carried out by the firefighters committed to coping with the fire emergency: 230 in Sicily, where the situation is “under control”, with 84 teams at work; 100 in Calabria, with the “major problems” are recorded in Reggino, Catanzaro and Cosentino. In flight 5 Canadair.

Oneanother night of flames passed in Sicily, in the municipalities in the province of Palermo, in particular on the Madonie, in Polizzi Generosa, Castellana Sicula and Geraci Siculo. From this morning, forests and Mediterranean scrub have also been burning in Petralia Sottana and Petralia Soprana.

Since yesterday, the Fire Brigade, Forest Guard and Civil Protection have continued to operate, also intervening to protect homes and businesses threatened by flames, also fueled by high temperatures and strong winds, sometimes sirocco.
To counter the fire emergency that is affecting the metropolitan area of ​​Reggio Calbria, the Civil Protection Operations Room has been active for days in the Prefecture.

The intervention of the army was also requested and the prefect ordered the activation of the Rescue Coordination Center (CCS), in which the heads of the Police Forces and Firefighters took part, as well as representatives of the metropolitan city, the Municipality of Reggio Calabria, the Civil Protection of the Calabria Region, the Calabria Verde Company and the president of the Aspromonte Park Authority; constant connection was ensured with the National Civil Protection. Meanwhile, a “single front of fire, of vast proportions, persists in the hamlets of Cardeto, Roghudi and Roccaforte del Greco”, it is explained.

With regard to the municipality of Cardeto, “some families were removed from their homes, while 3 families were rescued in the Iriti hamlet by the Fire Brigade, still present on site with three civil protection teams and volunteers”.

Instead, the flames of the dangerous fire on Monte Arci, in the Oristano area, which yesterday brought fear back to the Oristano area, two weeks after the great fire in Montiferru and Planargia, were put out. According to a first estimate, more than one hundred hectares of forest are affected by the new fire, one of the most dangerous of the 44 outbreaks that occurred yesterday in Sardinia. As the flames progressed, a country house was destroyed, but no personal damage was recorded.