Are there any first signs in Israel of the effect of the third vaccine? 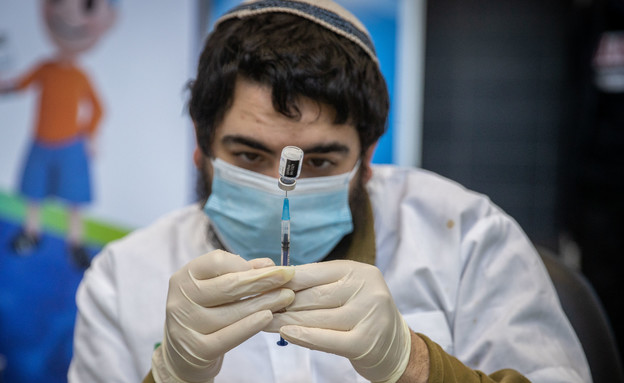 To date, about 4.5 billion doses of corona virus have been given worldwide. The leading countries in the number of vaccinated are China (a third of the world’s vaccine doses), India, the European Union and the United States with more than 350 million doses. The rate of vaccine distribution is about 40 million doses of vaccine per day, so if it does not increase significantly, it will take another year to vaccinate the entire world. This calculation does not include children under the age of 12, who are not yet licensed to be vaccinated, from the differences between the various vaccines and ignores the possibility that some of the vaccines will be used to provide a third dose to vaccinated in Western countries. It is also based on the unreasonable assumption that we will not encounter additional challenges along the way, such as the emergence of new variants with unfamiliar features. There is still a lot of work to be done.

Last week, Israel was the first country in the world to approve adults over the age of 60 to receive a third dose of vaccine, hoping to reduce the number of infections in this age group. After a nerve.racking week there are first clues to the effectiveness of the move. A first hint of this is a decrease in the rate of verified infected people who were vaccinated with a third dose compared to those vaccinated with two doses or not vaccinated, this is a very initial indication and may also be biased due to behavioral factors.

The second clue appeared in the figure significant rise And the amount of antibodies to corona is expected in the blood of one hundred medical staff members over the age of 60 at Sheba Hospital who received the third dose. This is of course not surprising at all impulse cream causes an increase in antibodies ,, and still good to show that it does occur. Next week more data will be added on the levels of antibodies and the hope is that soon we will see a significant decrease in the rate of vaccines in the third dose infected with the corona virus. The next age group as the candidate to receive a third vaccine is those aged 40 and over, and soon the Ministry of Health will have to decide whether to allow them to receive another dose as well – this is not an easy decision, mainly due to the lack of evidence for this protocol.

In the meantime, it seems that Israel has decided to work according to the “British model”, which includes minimum restrictions and maximum vaccinations. Meanwhile, the number of daily infections is steadily rising, but compared to the previous wave in the winter, the rate of patients seems to be severe and the deaths much lower. The government seems to be hoping that the situation here will stabilize, similar to what seems to have happened in the UK (although there is already a fear of a trend reversal and growth in morbidity), and they are ready Contain the loss of human life To prevent the economic damages associated with imposing restrictions on the public. Of course no one says how much human life is worth a functioning economy. We hope that the disease will indeed be halted, although at present there are no signs of a change in the trend, and that without measures to prevent infection we will not reach a situation where we will eventually need another closure.

And meanwhile in the world

The United States made a decision this week, belatedly Recommend to pregnant women Get vaccinated against corona, with the understanding that the vaccine is safe for both mothers and fetuses and that contracting the disease can endanger them and the pregnancy. In Israel, this recommendation was received in February, as well as in the United Kingdom and other countries.

A draft was published this week Research Which examined the effectiveness of the modern company’s vaccine on participants in the third phase of clinical trials – which is still being monitored. This is a vaccine almost identical to the Pfizer vaccine, which is distributed in Israel, and interestingly the levels of antibodies measured were higher than those presented by Pfizer and the rate of infection of vaccinated people was lower. If the finding turns out to be true, it may be the first breach of equality in data on the vaccine performance of the two companies. We will know more when data from the field will be accumulated in the coming months, which will be received from countries such as the United States, which vaccinate their citizens with the vaccines of the two companies.

And finally, a bunch of bad news. If you were wondering what our situation would have been like without the vaccines, pictures coming fromRooms of the Dead In Iran against the background of the fifth wave of morbidity experienced there, illustrating that it could be much worse. In previous weeks we have already shown that countries dealing with the Delta variant without the protective shell of the vaccine experience much more severe morbidity waves and very high mortality compared to vaccinated countries.

An example of this is Indonesia, which has experienced a significant wave of illness, which is characterized by the fact that about one.eighth of all those infected are children – not surprising given the young average age of the country’s population. What is particularly troubling is the high number of sick children suffering from complications, some of them fatal. During the month of July the mortality rate from the disease rose to a staggering number of About a hundred children a week. It is not clear if this is just the combination of the huge amount of infections and the poor quality of the Indonesian health system, and in that case it is still a low death rate from all infected, or the rules of the game have changed and we are dealing with a new variant that is more dangerous for children.

The corona plague is an event that continues to evolve and catch up. The current report is as of Thursday (12.08.2021) and more may change. We strive to bring you the latest reports, but it is important to be updated daily in light of the many changes–