How do you make sure you are not exposed to a dangerous substance? 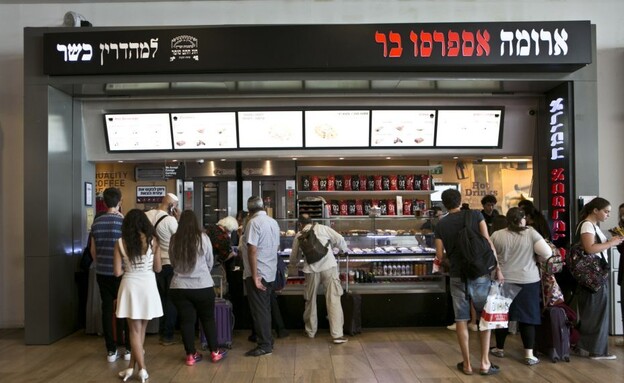 The media reported last night (Monday) on a 50-year-old man who was anesthetized and respirated at Meir Hospital after he was apparently exposed to a fat solvent in a cup of tea he drank at the Aroma branch in Raanana. The man complained to the medical staff about difficulty swallowing, a burning sensation from the mouth to the chest, swelling of the lips and vomiting. The doctors began to examine him and suspected that the cup brought by the patient had a strong chemical that led to the severe reaction. From the hospital we updated that: “His condition is stable, and we are still examining whether there has been damage to the digestive system or the upper respiratory tract.””The tragic event that took place in Aroma is a disaster. It is an unprecedented crime because a person can die from it and he has no way of recognizing it in advance because the substance he drank does not cause a burning sensation in the mouth,” says Dr. Yaron Bar-Lavi, director of the General Intensive Care Unit. At the Rambam Medical Campus. “Nor is there anything that can be done after it happens. Vomiting is not helpful because the substance returns to the mouth.”

Are there any hazardous substances that can be detected in advance?
There are 2 groups of toxic substances, acids and bases. The acidic substances have 2 “benefits” – as soon as you try to drink them you feel a terrible burning sensation in the throat and a feeling of suffocation. In addition, the damage to the digestive system is very small because our body is used to acids. But the basic ingredients like blockers and fat solvents have a very high pH, ​​which means that while drinking you do not feel any burning or suffocation, so people may drink large amounts of these ingredients by mistake. In addition, they break down in the body and create ongoing damage. They can cause cavities in the stomach, necrosis of the esophagus, stomach and destruction of the organs to the point of resection. Their duration of effect is long and develops even in the days after drinking. ”

How can the basic materials still be preserved?
Do not use unidentified substances at all and of course keep away from children and babies. In case, God forbid, you suspect that you have drunk a dangerous substance, you should immediately go to the hospital and they will try to pump out what else is possible. “While the acidic substances can still be diluted with water, in the case of a basic substance there is no way to dilute it and therefore there is no point in drinking milk.”

According to Dr. Bar-Lavie, the cleanliness of Passover, together with the lack of awareness of the risks of the various substances, kills many people. She was breathing with us for several days.