“The state has betrayed the trust of citizens” 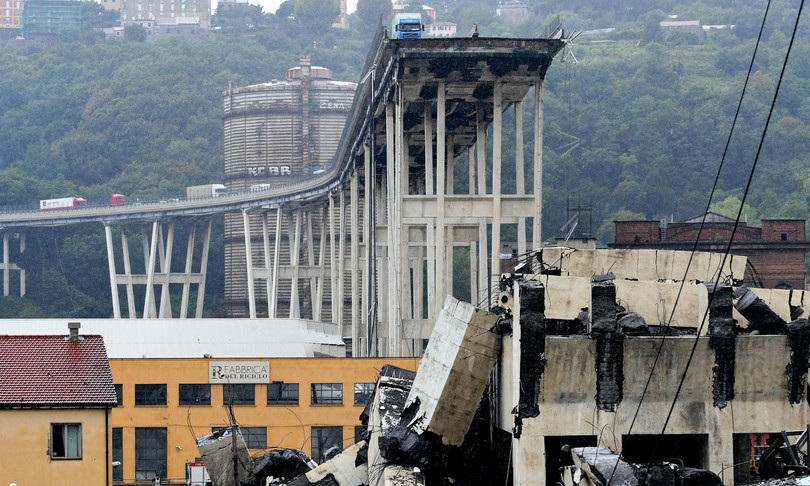 “In Genoa, the State has betrayed the trust that citizens place in the institutions”: the words of Prime Minister Mario Draghi on the occasion of the third anniversary of the collapse of the Genoa bridge are harsh.

“With the Morandi Bridge – argues Draghi – the foundations of civil life, which is the basis of our community, have collapsed. The construction of the San Giorgio Viaduct is a first step towards restoring this bond”.

The premier adds: “We must design with foresight, build quickly and carefully, maintain with care. For this I want to thank the Mayor of Genoa, Marco Bucci, the President of the Liguria Region, Giovanni Toti, the Senator for life Renzo Piano and all those who were involved in this work “.

For her part, the Minister of Justice Marta Cartaia reassured the families of the victims by stating that there is no risk of prescription for the trial: “I know that for you and for the whole city, the completely groundless opinion was a source of concern. so the reform of the criminal trial, approved by the Chamber, could frustrate your burning demand for truth and justice – he said speaking at the commemoration – I want to repeat it here in front of you, without the possibility of misunderstanding: there has never, ever been risk for the trial on the collapse of the Morandi bridge “.

The Keeper of Seals was moved during the ceremony. “I am here as a mother”, he affirmed again, underlining that “a clear word of justice must always come and this word of justice must come soon, a justice that always looks at people, a human justice. From the abyss of that August 14 – has concluded – we will come out if we contribute to a new culture, a culture of safety “.

The Minister of Infrastructure, Enrico Giovannini, on the other hand, recalled that in Italy “there are many other bridges, viaducts, tunnels and infrastructural works built many years ago to be secured, maintained, in some cases to be dismantled and rebuilt”. In the last three years, he insisted, “the way of looking at the infrastructural situation of our country has changed, with a greater commitment to safety” and assured that “the new investment season that is opening thanks to the Next generation Eu will also be directed to adaptation of the existing infrastructural heritage to make it safe. It will be a long and expensive work, but absolutely a duty “.

The President of the Senate, Elisabetta Casellati, expressed the hope that “Italy will restart from the Genoa Model and from the strength of the Genoese. The speed in the reconstruction of the Morandi Bridge is an Italian miracle and a message of hope”, he affirmed and in tweets he said “close in the memory of the victims to the families and their battles for legality and justice”. Also for the Speaker of the Chamber, Roberto Fico, “the new viaduct ‘Genova San Giorgio’ represents the symbol of the rebirth of a city hard hit in the depths, but it must also be the sign of a decisive turning point for the whole country in the management of a fragile and deficient infrastructural system, in need of radical interventions, essential to guarantee the safety of the community first of all “.

Antonio Tajani, coordinator of Forza Italia, hopes that today’s is not only a commemoration but also “a warning for the safety of citizens”, while Matteo Salvini and Giorgia Meloni, leaders of Lega and FdI, and the president of Italia viva, Ettore Rosato, ask that justice be done as soon as possible.