Israel: The man who drank lemonade that contained a degreaser recovers 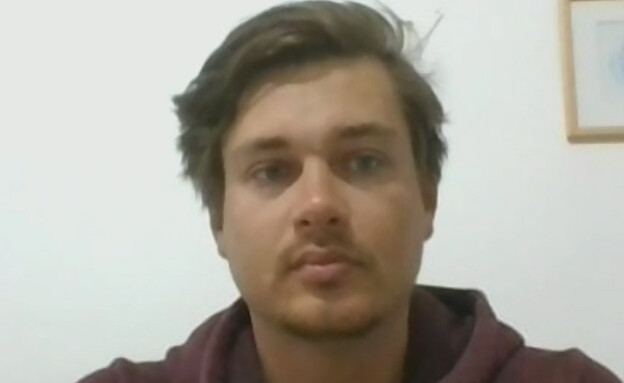 A 50-year-old man sat down earlier this week at the Aroma Cafe in Raanana and ordered a cup of cold ginger tea. As soon as he sipped his drink, he felt bad and realized that something was wrong. He called the rescue teams and was taken to Meir Hospital with difficulty swallowing, a burning sensation from the mouth to the chest, swelling of the lips and vomiting. The doctors discovered that a fat solvent had been put into the cup of tea.

As a result of the toxic and dangerous substance, the 50-year-old suffers from heartburn, burns and edema from the lip area, through the esophagus to the chest. Since he had difficulty breathing it was decided to put him to sleep and perform a medical procedure to overcome the edema in the respiratory system. The man is currently anesthetized and respirated, but his condition is defined as stable and doctors hope no significant damage has been done.

In an urgent inspection conducted by the Ministry of Health at the branch, no further faults were found and it seems that this is a point case. Dr. Avdat Mai, an expert in anesthesia and intensive care at Meir Hospital, said: “We are still examining whether there is damage to the digestive system or the upper respiratory tract. “In situations where people swallow objects or liquids that could cause damage and block the airway at once, we immediately perform a preventative soul action to reduce the danger to their lives.”

This incident evoked in Artium Fishman very unpleasant memories of the incident that happened to him five years ago. So, he drank lemonade at a giraffe restaurant in Tel Aviv that contained a fat solvent and was taken to the hospital suffering from severe burns. This morning, in a conversation with Niv Raskin, he recounted that case. “It brings me back to that shocking day five years ago. I went into a restaurant with a friend of mine and ordered a glass of lemonade, which turned out to contain a concentrated degreaser.”

In those moments, what is going on in your body?
“It was some kind of heat that burns you inside and doesn’t stop, a feeling I didn’t know. Heat that gets worse and worse and worse. I realized something bad was going on, but I did not imagine it was a degreaser or a detergent. I thought it was some kind of alcohol. I went into a kind of madness, I did not understand “What’s going on? I was full of thoughts, it was crazy.”

What smell did the drink have?
“Smell of detergent, but apparently my senses were not so sharp at that moment. I went into the restaurant and asked who the AHMASH was, I gave him the drink and he drank it in front of the bartender. He spat it out in that second and asked the bartender what was in the drink. The bartender picked up a four-liter jerrycan of concentrated degreaser. He was probably confused between the jerky of the degreaser and that of the lemonade. The IDF flew to the hospital and ordered an ambulance for me. ”

Were you conscious at the time?
“I was conscious all the time, I did not lose consciousness within this process. In the hospital they could not do much, they waited for the substance to come out on its own. I started vomiting this substance and every time I vomited it it burned in my throat and mouth. I spent a week in the hospital, they gave me “Infusions against toxins. In the first days I had grade 3 burns all over my mouth, esophagus and upper abdomen. After a month I had a gastroscopy and found no trace of it in my body. Luckily my body dealt with it excellently and there is no damage caused by it. .

Have you sued the restaurant?
“I do not want to talk about the arrangement and what happened to them, it is between me and them. I did not return to the restaurant, but I do order lemonade. I have no mental trauma from it.”

Aroma Israel responded: “The chain’s management is examining the case with the utmost severity and seriousness. From our examination so far, it appears that it was a glass that contained a transparent detergent, which one of the employees accidentally used to make a drink served to the customer. We apologize to the customer “To refine and improve the procedures for the use of cleaning materials in the branch in question and in all the chain’s branches, and to prevent such cases in the future.”