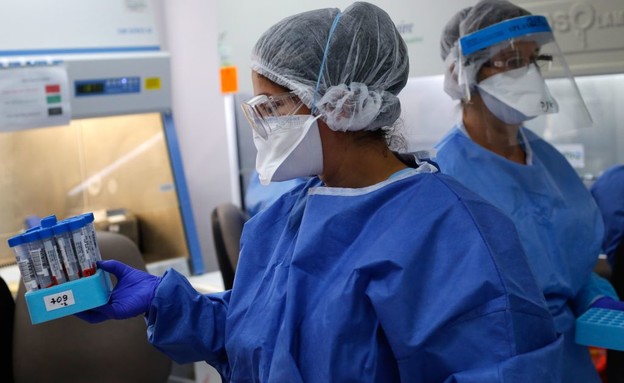 
In a new international study conducted by research teams from the University of Pittsburgh and the Hebrew University, nano-antibodies were found that neutralize the corona virus in animals – which are also very effective against mutations found in variants, including the Delta strain. The results of the study, published a few days ago in the prestigious journal Nature Communications, describe three different mechanisms by which nanoparticles neutralize the virus, block it from infecting cells and prevent the onset of the disease. The structural analysis of the nano-antibodies performed by the researchers provides options for the development of vaccines and future treatments that may work against a wide range of corona viruses, including versions that have not yet appeared.

Last December, the prestigious journal Science reported for the first time on the development of technology for the detection of nano-antibodies with the help of protein research in the body. The idea was developed before the corona plague spread around the world, and researchers believed after the outbreak of the virus that the technology would be efficient enough to lead to a scientific breakthrough. During a study lasting about three months, the researchers were able to rapidly produce thousands of nano-antibodies to the SARS-CoV-2 spikes with specificity and the ability to neutralize the virus at very high rates.

To produce the nano-antibodies, the researchers used brakes on alpaca farms in Massachusetts. During their work, the researchers vaccinated why in a piece of spike protein from SARS-CoV-2 and after about two months its immune system produced nano-antibodies against the virus. The choice of brake was not accidental. All camels – camels, die, alpacas, etc. produce antibodies similar to those of humans and next to them smaller antibodies, whose molecular weight is about half that of a human antibody. These small antibodies are able to reach areas that are inaccessible to large antibodies like ours, and act more efficiently.

The researchers found that using a small portion of the nanogram of the drug neutralized viral particles sufficient to infect a million human cells. That is, their low dose is sufficient to neutralize the corona virus. In the current study, which is a follow-up study in Science, led by students Tomer Cohen and Dina Schneidemann of the Hebrew University, the researchers confirmed that a number of nano-antibodies also work against the alpha strain of the corona virus (the “British variant”), against the Delta variant (the “Indian variant”). ) And against other mutations in SARS-CoV-2.

“Finding these mechanisms is of immense importance in preventing the virus from entering cells not only for existing variants and those that may appear in the future, but also for other corona family viruses, which may develop into similar global diseases in the future,” Cohen explains.

When will it be possible to use the nano-antibody cocktail in question? Cohen and Schneidman explain that they are only halfway through and have not yet fully completed the clinical trials phase, but there is hope on the horizon. “If we can produce an innovative drug through the cocktail, it will be a life-saving treatment if given early in the disease to patients,” explains Dr. Schneidemann.