How much spice is important to maintain in a relationship? 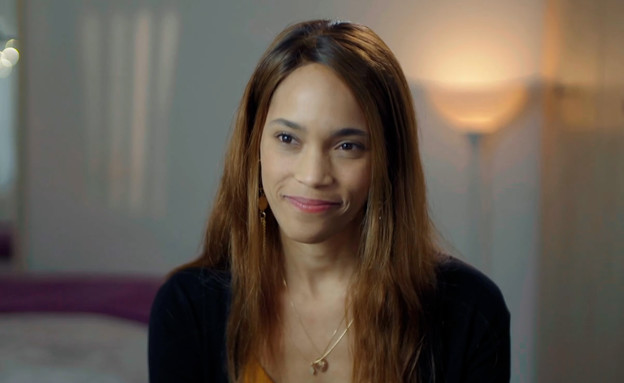 “Spice” and “Alone” were probably the most significant words in the lexicon of Hadas Mahtunami, the new bride we got to know in the last episode of “Wedding at First Sight”, which aired on Saturday (14/8). And noted that if there is one thing that is important to her in a relationship – it is her freedom and her ability to spend time alone with herself.

So the need for “alone” is something that we all, or at least most of us, ask for ourselves, but it was still difficult to ignore the great weight that Hadas gave to the matter already in the opening chapter.

To better understand this need, we turned to Nadav Harris – a clinical psychologist. He says from a very early stage in our infancy, we experience a need for moments of closeness versus moments of separation. If it is for example a baby who likes to be in his mother’s arms, breastfeed and feel close and a moment later feels the need to look away and be separate from her and if it is in older stages when he separates from his parents in kindergarten and returns to spend time with them.

To explain the matter better, Harris likens the axis to the movement of the skis of the skiers – “To ski requires the movement of a relative and then a distance and back, God forbid,” he explains. “Every couple who learns to develop their relationship, actually develops this ‘movement’ and the pace that suits them, and also makes the adjustment according to the changes that occur over the timeline. For that matter – a couple who felt the need for relatively close intimacy at the beginning of the relationship will not necessarily experience The same need for later stages. “

–
>> What points of interest must be taken care of?
>> Researchers have discovered something amazing about a nap
>> Scientists: A dramatic drop in the number of women in the world is expected

“Every feeling is legitimate”

Now the question arises – what causes some of us to be compulsive consumers of the same familiar “spice”, while some of us would prefer our spouse close to our eye and heart. “People are different from each other and everyone comes with the bag of experiences and events he has accumulated over the course of his life,” Harris says. “Some people need contact or closeness less, for example, and for them the need for spice comes from the desire for more independence and a sense of release. There are many couples who just spend a lot of time with each other, and at some point in the day need their peace. “Out of fear of dependence – they do want to feel the relationship and enjoy its fruits, but are afraid to get too close so as not to be harmed or lose their uniqueness and in that case the distance actually provides them with a kind of protection from their fears. Either way, it is important to understand all feelings.“

So when does the need for spice actually become a problem? Well, the answer to Harris’ words is – when it bothers. “If someone suffers or feels distressed because of this need, or when they want to be in a relationship and the matter is an obstacle for them in building relationships – you should try to find solutions. In the first stage, psychological treatment can help that person find a way to communicate his desires to the partner. “At the same time, work is also being done on ways that will allow him to feel more open and find the balance that is suitable for both him and his partner.”

Miriam Danon, chief psychologist at Leumit Health Services, goes on to say: “The need for space is always legitimate, but once the issue becomes extreme it may interfere with relationships – not just marriages but any kind of relationship. However, it is important to remember that there is no ‘here.‘ “I mean – even those who have a significant need for spice, can find a partner who has a similar need and then things can work out. The wisdom is to be attentive to each other, understand the need and in case the relationship gets into trouble, I will always improve access to treatment.“

By the way, in this context Harris mentions the previous season of Wedding at First Sight, in which Nir and Hagar did not find the right balance in the beginning. “At first Nir chased Hagar, but it was very difficult for her because she used the need for spice as a shield that helped her deal with the fear of experiencing a sense of abandonment again, probably because of her life circumstances – a bit like Hadas citing similar reasons. “There is a process going on with the psychologists in the program, who helped them break free from these patterns and find the balance that suits them.“

“Bottom line, I think the key word here is flexibility. If that person who needs extreme spice and is interested in a relationship does not flex his patterns and also find a way to be close, he will probably end up being alone or finding himself in an inadequate relationship. Those who are close to each other should understand the pace of their partner and try to find the right ways for them and their partner and find appropriate balances. “