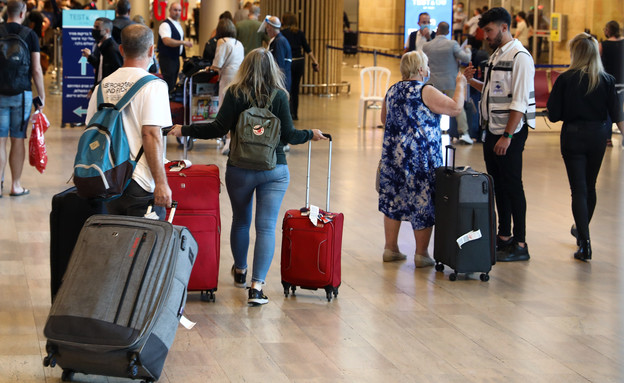 Prime Minister Naftali Bennett has announced in recent days that he will do everything possible so that we can live alongside the “Delta epidemic” (Corona Boriant Delta) without reaching a closure. But what about other variants?

In a discussion in the Constitution Committee Today (Monday), which dealt with restrictions on Ben Gurion Airport, expert opinions were presented regarding new variants that could arrive in Israel, which could be even more contagious from the Delta variant. In general, expanding the capacity of hospitals and imposing restrictions such as masks in enclosed spaces and the green label, and all this until a dedicated vaccine or varietal vaccine arrives for young children, then if an even more contagious variant arrives, all of this may still not suffice.

Which variant is currently threatening the hegemony of the Delta? None of the variants that already exist in the world have yet been proven to be more contagious in an environment like Israel where most are vaccinated, but there are some suspects.

Apparently the variant is more contagious, but not as aggressive as the Delta

The discussion in the Constitution Committee specifically dealt with variant AY.3, which is considered one of the members of the Delta family. The variant has risen according to reports from the Ministry of Health from South America to the southern United States, and is gradually gaining market share against the original Delta variant as well – this is usually evidence that it is more contagious. The classic Wuhan in January, or like the takeover of the Delta variant that pushed out the Alpha.Alient variant AY.3 is also present but has not been able to significantly replace the Delta.

All delta viruses multiply faster in humans than corona alpha and previous variants, which means on the one hand that the immune system has less time to respond and then morbidity is more severe, and on the other hand we detect the disease faster after exposure, which can help cut off infection chains. According to the instructions.

The Ministry of Health has emphasized the AY.3 variant, but as the corona spreads, new variants are formed very quickly, until it becomes quite difficult to follow them. To date, the World Health Organization has defined four types of variants as “disturbing”: alpha (“British”), beta (“South African”), gamma (“Brazilian”) and delta (“Indian”), each with sub.varieties.

Four other variants are “monitored variants” because it is not clear whether they are more problematic than the existing ones or not. These are Ata (discovered in several countries simultaneously), Utah (discovered in the USA), Kafa (also originally from India) and Mada (from Peru). Another variant that recently appeared in Europe and seems to be spreading rapidly, has not yet received a Greek letter. He is currently a member of the Kafa family.

Due to the frequent appearance of new variants in the world and the possibility that a new variant will be even less sensitive to the vaccine than the delta variant, the Ministry of Health has recommended imposing isolation on returnees from all countries, without defining certain countries as prohibited.

Dr. Asher Shalmon, director of the Department of International Relations at the Ministry of Health, noted that the higher the levels of immunization in the world, the more difficult it will be for new variants to develop. To Israel.

The article was originally published on the Globes website.