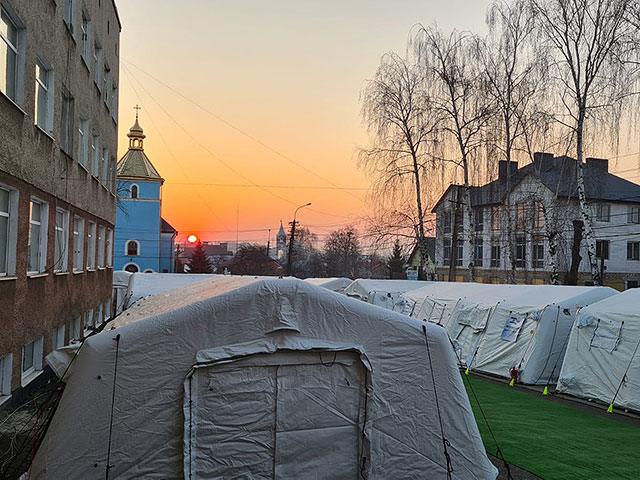 On Sunday, April 10, the press service of the Israeli Ministry of Health reported that the Director General of the Ministry of Health, Nachman Ash, received yesterday a message from the head of the Kokhav Meir delegation in Ukraine about the decision to return two doctors to Israel “due to their inappropriate behavior.”

It is reported that one of the doctors is from the Rambam Hospital in Haifa, the other from the Western Galilee Medical Center in Nahariya,

The director general of the ministry asked the directors of hospitals to investigate these doctors.

As previously reported, on April 3, there was a “shift change” of the staff of the Israeli field hospital, which has been working since March 21 in the village of Mostyska, Lviv region. New doctors and support staff arrived at the hospital, and the first part of the mission flew home.

Mostiska is located near the Ukrainian-Polish border (66 km west of Lviv), the Przemysl-Lviv-Kyiv highway passes through this settlement.

The field hospital includes an emergency room, maternity ward, hospital wards for men, women and children. The hospital also has laboratories and an x-ray room. For analysis, the system of remote access to technologies of the Sheba hospital is used.