‘Men of power’ arriving from the Maghreb, two arrests for migrant smuggling in Sardinia 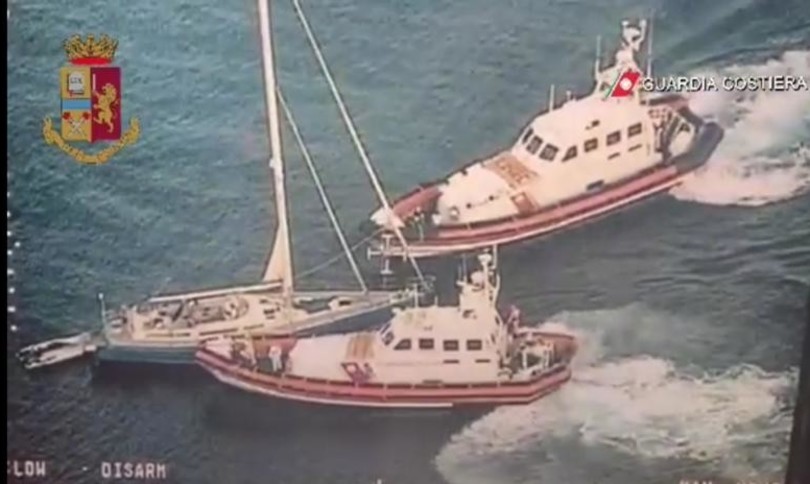 ` – “Men of power” potential “bombs for Europe”. This is how the organizers of migrant smuggling from North Africa were defined as their ‘customers’. This is what emerged from the interceptions of the mobile team of the Cagliari police station that dismantled the organization and arrested Murad Zaouli, a 62.year.old Tunisian, and Gustav Peinkert, a German of 26, believed to be at the top of the criminal association. The 17.meter ‘Corto Maltaise’ sailing ship, used for the transport of migrants, was seized. The boat, flying the Dutch flag, was boarded about two miles off the beach of Piscinnì, on the South West coast of Sardinia.

The operation was decided after the investigations revealed how the organization was preparing to transport Maghreb migrants considered highly dangerous to Italy. The precautionary measures issued by the investigating judge of Cagliari were carried out on the instructions of the Dda of Cagliari, with the coordination of the National Anti.Mafia Directorate– The ship, after stopping one day in Tunisia and two days off the Algerian coast, was then located 50 miles south of Sardinia, after six days of research missions, from a Coast Guard Atr42 aircraft. When two Coast Guard patrol boats boarded, with the men of the Flying Squad aboard, no migrants wished.

The investigations of the Flying Squad, coordinated by the Cagliari Anti.Mafia District Directorate, had been launched a year ago, after the landing at Capo Malfatano, in the province of Cagliari, of five Tunisians and two Tibetans. The migrants were spotted by some swimmers as they went ashore from the tender that had started from the sailing ship and stopped by the carabinieri, called by the manager of a kiosk, to then be taken to the reception center in Monastir (Cagliari). After that landing, the Flying Squad activated telephone and environmental wiretapping. The organization with international ramifications was thus discovered, capable of transporting dozens of foreigners from North Africa and Asian countries (Tunisia, Algeria, India, China, Taiwan, Vietnam) to Italy.

The price for travel to the Peninsula ranged from three thousand to six thousand euros per person: the subsequent transport by car to other countries of the European Union was included– Foreigners were taken from Greece or from the coasts of Tunisia and Algeria, “From where you could start without being checked”, as the suspects themselves affirm in the intercepted dialogues. Some migrants were traveling with authentic documents, but when needed, the organization was able to provide fake ones as well.

The investigations also documented how the two arrested had organized the transport on the Sicilian coasts 19 foreigners, of Vietnamese and Taiwanese origin, who were first made to transit through Turkey and then embarked in Greece– On that occasion, the ship had stationed in the harbor of Syracuse for three days. The signaling of the Cagliari Flying Squad, under the coordination of the National Anti.Mafia Directorate, had allowed the Syracuse Police Headquarters to intervene and block all migrants on board, after their disembarkation in a hidden part of the seaport.

With the search of the ship, the policemen found some papers, in different parts of the boat, with written in English some instructions that migrants should have followed to avoid being discovered: “Never talk to the Captain”; “Do not enter the Captain’s room and the crew’s bathroom”; “Do not take any photos”; “Do not throw garbage into the sea”; “Never go on deck during the day”; “Do not take food unless authorized but only water”; “Clean what is soiled”; “Do not smoke in the cabins”. The instructions ended with an almost ironic “welcome aboard”.