The harsh images from the extreme quarantine in Shanghai 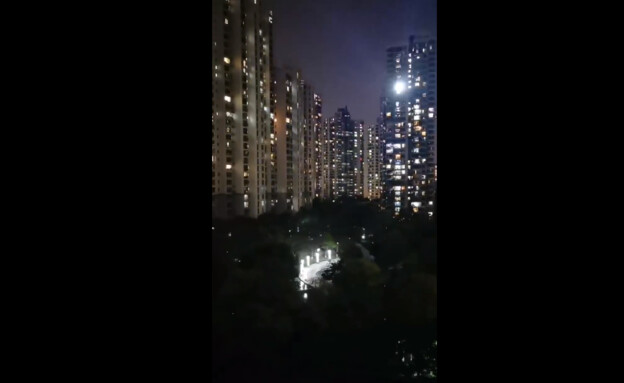 Shanghai is entering a second week of extreme closure and the images from the country where the plague began keep flowing to social networks. A viral video circulated on social media shows a surreal sight of frustrated residents screaming from the windows of their tall apartment buildings against the backdrop of the besieged Shanghai night skyline. In another video that was distributed that only heightens the feeling that this is a scene from a dystopian horror film, we hear in the background a government drone reserved for the residents to keep quiet and obey the restrictions.The growing frustration comes against the backdrop of residents’ dealing with the stricter closure provisions. Yesterday we posted about a severe shortage of basic food across the city this along with harsh images Of residents struggling with security and medical personnel killing cats and dogs suspected of being infected in Corona.

What the?? This video taken yesterday in Shanghai, China, by the father of a close friend of mine. She verified its authenticity: People screaming out of their windows after a week of total lockdown, no leaving your apartment for any reason. pic.twitter.com/iHGOO8D8Cz

Many shared the video that went viral amid the harsh censorship of the Chinese authorities. Patrick, a journalist and radio presenter who shared the video on Twitter, wrote: “This video was shot yesterday in Shanghai, China, by the father of a close friend of mine. Ha verified its authenticity: people screaming from their windows after a week of complete locking, not leaving the apartment for any reason That she is “.

Eric Feigl-Ding, a Harvard epidemiologist who has a family in China and since the onset of the plague has been consistently updating his more than 700,000 followers on developments on the Corona, tweeted: “Screaming after 7 consecutive days of city closure. Fears there will be big problems.” Chinese journalist Alice translated the instructions of the drone that hovered in the background: “Please abide by the restrictions. Control your soul’s desire for freedom. “Do not open the window and do not sing.”

Residents in #Shanghai screaming from high rise apartments after 7 straight days of the city lockdown. The narrator worries that there will be major problems. (in Shanghainese dialect—he predicts people can’t hold out much longer—he implies tragedy).pic.twitter.com/jsQt6IdQNh

As seen on Weibo: Shanghai residents go to their balconies to sing & protest lack of supplies. A drone appears: “Please comply w covid restrictions. Control your soul’s desire for freedom. Do not open the window or sing.” https://t.co/0ZTc8fznaV pic.twitter.com/pAnEGOlBIh

There are currently about 200,000 patients in Shanghai with the majority (more than 90%) asymptomatic, less than 1% of all Shanghai residents. Yesterday (Tuesday) the authorities announced the release of the closure in a number of districts in the city that are considered low-risk areas.