The Israelis besieged in Shanghai: This is what it looks like from the inside 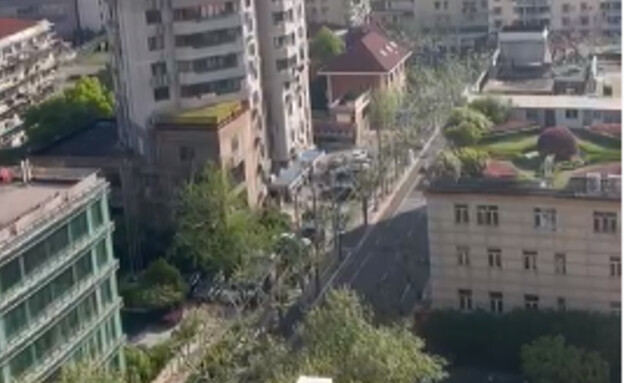 Videos circulated in recent days on social media from the Chinese city of Shanghai, which has been under curfew for nearly two weeks, document an extreme state of hunger, killing animals and there have even been reports of suicides across the besieged city. This morning we released a dramatic video of ‘The Cry of the Balconies’ illustrating the plight of the residents. From a conversation we have with Eyal, an Israeli resident of Shanghai, a complex but also slightly optimistic picture emerges.Eyal Shahak lives in the center of Shanghai, CEO of Shanghai Simi, a company that deals with equipment for infrastructure and construction companies. In addition, he serves as one of the directors of the committee of the Israeli community in Shanghai, which includes nearly 200 Israelis living and working in the city. About people who committed suicide. Yes there is a shortage of food but people do not die of hunger here. Each building receives free supplies for all tenants from the state of basic groceries like rice, vegetables and meat but it is not possible to order from the supermarket.

At first they made a closure for 5 days and then extended it which made people get stuck without food because they did not want to open the supermarket. In the early days there was more panic. I also had shouts on the balconies in the building and in the area as advertised, but it calmed down in recent days when the administration realized it was heading towards a long closure and started providing food.

“In addition, only the infected locals have to go to quarantine in a special compound. As far as foreigners who are infected the consul has to specifically approve the evacuation, which does not happen. We had a Russian girl in the building who was infected and left in isolation at home.”

Documentation of a deer from the balcony – “8:00 in the morning, day 12 of the curfew, lots of birds, wonderful weather, sucks to be home”:

“You want to believe they know what they’re doing”

“Shanghai is as big as any Gush Dan, so we divided the city between us into four parts and there is a supervisor for each part in order to centralize and map the food / mental state and everything it takes to have control if something happens. For example, we have a woman in the community who has to give birth. “Every moment. She had to get a driver with a transit permit who could take her. We also involved the ambassador from Beijing for our needs, a couple about to get married in the country who needed a transit permit to get to the airport.”

He said the reason for the problems in the supply chain is that the port of Shanghai is currently closed and it will take time for it to open. “It’s one of the largest ports in the world so it’s going to affect the whole world. My factories continue to produce the goods but there is currently no one to take and move the goods, if an outside driver comes to transport the goods the factory will not be able to continue working.

“I did not leave the house for 13 days but I am optimistic. Now the numbers are starting to fall. Tomorrow another round of inspections will begin and every area that came out clean will be released from quarantine. True, she just made a particularly bad name for us that there are no Israelis here who want to leave. We have a normal relationship with the Chinese government – the only ones in the country who have religious freedom are the Jews – so why get dirty?

“You want to believe that they know what they are doing. I look at other places in the world and in Israel that are opening and releasing, the Chinese do not think like that, my daughter laughs at me for starting to think like a Chinese.”