The drugs and treatments that enable Parkinson’s patients to function 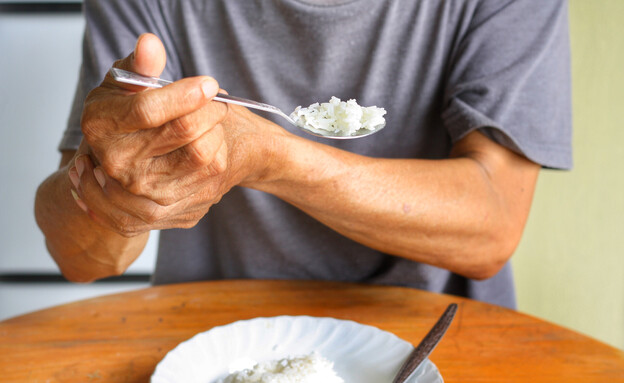 The steady rise in the standard of living in developed countries, and especially the dramatic advances that have taken place in medical knowledge in the last century, is also reflected in a significant increase in life expectancy. This welcome trend also has an unfortunate side effect: as people reach an advanced age the risk of developing diseases that are not common in younger populations increases, and now they need to be addressed.

A prominent example of this are Degenerative diseases of the nervous system. Except in certain areas, the nerve cells in our brain are not normally regenerated. If they die, or their function is impaired due to an illness, it is likely that over time we will see a decrease in brain function that will lead to the appearance of symptoms that make life difficult for those who suffer from them. This group of diseases includes Alzheimer’s disease, which is known mainly for the damage it causes to the memory of those who suffer from it, the disease muscular dystrophy ALS, and Parkinson’s disease.

Parkinson’s disease is mainly associated with old age, and its prevalence is indeed Increases with age. It affects about one percent of people aged 60 and over, and its prevalence increases fivefold over the age of 85. However, it sometimes breaks out at an early age, and about ten percent of its patients are diagnosed during the third or fourth decade of life. This type of Parkinson’s is called Parkinson’s disease of young people.

The best known feature of Parkinson’s disease is muscle tremor. It is also accompanied by other symptoms such as slow movement, muscle stiffness and difficulty speaking. Over time, Parkinson’s patients may also have difficulty sleeping, swallowing problems, depression, and in advanced stages also impaired thinking skills.

The cause of these symptoms is the death of nerve cells in an area of ​​the brain known as the “black substance” (Substantia nigra). These cells are responsible for the production of dopamine – one of the most common neurotransmitters in the brain, which is a molecule that allows nerve cells to communicate with each other. From the cells of the black matter dopamine is distributed to other parts of the central nervous system.

Dopamine plays a role in a wide range of brain activities, including processing of pleasure experiences, reward, addiction, movement and thinking. The neural mechanism particularly affected by Parkinson’s disease is that related to the motor, motor, function of the body.

Guess Because the motor symptoms of Parkinson’s disease are due to the fact that dopamine deficiency disrupts the regular activity of nerve cells in an area in the brain called the base’s nucleus (Basal ganglia). These nuclei are accumulations of nerve cells that are located deep in the brain and conduct dynamic communication between them. This communication, in turn, is important for many functions of the brain, such as short-term memory, decision making, motivation and movement.

It is further hypothesized that the dopamine deficiency created in this area in Parkinson’s patients leads to a delay in the action of the thalamus, another brain area that serves as a kind of switchboard that regulates some of the information flow between parts of the brain. Among other things, the thalamus transmits sensory and motor information to the parts of the cerebral cortex that are responsible for movement and sends instructions to the muscles when to contract. When this communication weakens, the movement is delayed.

In the advanced stages of the disease, many of those who suffer from it will also experience a deterioration in thinking skills, to the point of dementia. This phenomenon is related in Parkinson’s patients to the formation of protein clusters called “Gopi Louis” “Lewy bodies” in nerve cells in the brain. Alpha-synuclein, which usually aids in communication between nerve cells and the nose Affects dopamine production and release. Such dementia may also be accompanied by hallucinations.

The factors behind the degeneration of nerve cells in the black matter are not yet clear enough. Men are known to Victims of Parkinson’s disease At a slightly higher rate than women. It is also known that the disease has A genetic component, which is especially prominent in patients whose disease broke out at a young age. About 15 percent of Parkinson’s patients have a familial affinity for another patient, probably due to common mutations in certain genes. One of them is the SNCA gene that makes the alpha-synuclein protein. Since this protein is known to be linked to the formation of gopi louis, it makes sense to speculate that a defect in its function following a mutation in a gene containing its production instructions will be linked to Parkinson’s disease, and indeed do exist. Studies supporting this hypothesis.

Although at present we have no way to cure the disease, there is Many treatments Which help Parkinson’s patients to function well and reduce the extent of their motor symptoms. The drug treatments are based on different ways to compensate for the dopamine deficiency in the brain. The most common drugs are those based on levodopa (L-dopa) molecules, which are converted to dopamine in the brain. Other drugs mimic the action of dopamine in the brain (Dopamine agonists), or inhibit the natural breakdown of existing dopamine and thus prolong its duration of action (MAO-B inhibitors). Medications can have unpleasant side effects, such as nausea, behavioral changes and even hallucinations.

Patients whose condition is serious or whose medication fails to stabilize their condition or cause them serious side effects may consider treatment with deep brain stimulation. In this treatment of implants in the patient’s brain an electrode that stimulates areas whose pattern of action is defective. This invasive treatment is effective in reducing the motor symptoms that characterize the disease, but it is still not entirely clear what the underlying mechanism is. The electrical stimulus appears to suppress the activity of certain nerve cells in the area where it was transplanted and probably also increases the activity of other nerve cells.

Beyond pharmacological treatments, it is highly recommended that Parkinson’s patients persevere with strenuous and daily exercise. Studies show that such activity is linked to inhibiting its progress Of the disease and to reduce the extent of motor symptoms its. Exercise in general also contributes to improving mood, which is also important for Parkinson’s patients, who may suffer from mental distress due to their health condition. The sports activity should be selected and planned according to the characteristics of the patient’s illness.

In addition to the treatments given to those with whom Parkinson’s disease has already broken out, considerable efforts are now being made to develop a vaccine for Parkinson’s disease, which can be used to treat patients, and perhaps even prevent the onset of the disease in the first place. Such a vaccine, already found in initial clinical trials, is designed to train the body to deal with alpha-synuclein clusters. The immune system is supposed to teach the body to make antibodies that will recognize such accumulations and help the brain clear them before they can impair its function. This is a relatively new approach, and there is no certainty that it will eventually mature into a practical vaccine. However, if this vaccine succeeds safely in all obstacles we will for the first time have a vaccine for degenerative brain disease.

We understand that Parkinson’s disease, its nature and the circumstances of its development improve over time, and the extensive research on the subject contributes to this. New treatments improve coping with it and new experimental drugs Constantly developed. In light of the increase in life expectancy today, it is more important than ever to continue to explore it in depth. As technology and medicine advance, researchers continue to explore new approaches, such as vaccines. It is hoped that in the future the situation will improve even more, and that we will be able to better predict the outbreak of the disease, treat it, and perhaps even cure it.