The ‘business’ of vintage soccer jerseys, some are worth thousands of euros 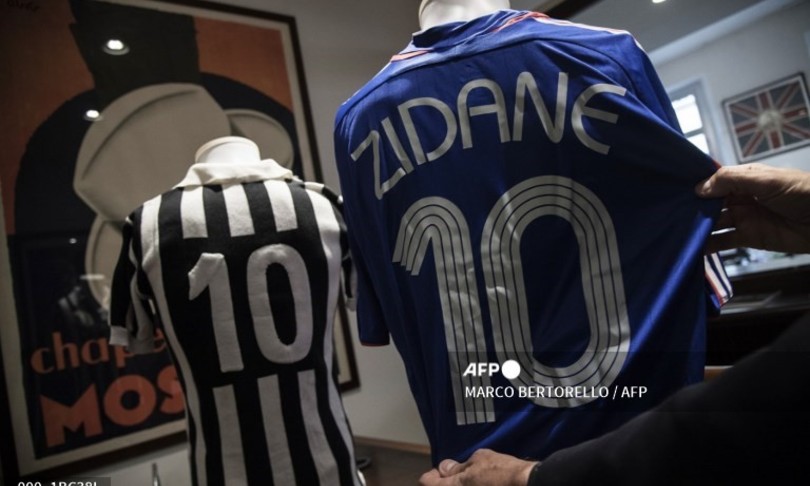 “A shirt worn in Serie A in the Eighties can be worth a thousand euros, some are amazed but basically it is a rare object, once they did not produce so many jerseys”. Matteo is 28 years old, lives on the outskirts of Turin and in addition to being a great football fan, he is a real lover of soccer jerseys.

“It all started more than ten years ago – he tells ` – I was in Paris on vacation and I went to visit Les Puces de Paris Saint-Ouen, one of the most famous flea markets in the world. Rummaging through the stalls, I found one old Paris Saint Germain shirt, Adidas technical sponsor, Canal + commercial. It was a stretch jersey, typical of the Eighties, made of an acrylic fabric that in collectors’ slang is defined as’ wool ‘. After a quick negotiation, I bought the shirt for around 20 euros, a bargain considering its value is around 200 euros. And if he had had the number on his back, it would have been worth more than double ”.

Over the past decade, the retro football shirts market has grown exponentially, becoming a real business for some. The jerseys produced in the 1980s and early 1990s have become cult objects, in some cases extremely rare to find. The price has grown dramatically and there are collectors ready to shell out thousands of euros just to grab the jacket of their dreams.

Stellar prices for those of Platini’s Juve

“One of the most precious and difficult to find pieces except at stellar prices – explains Matteo – is the shirt used by Juventus in the Eighties, that of Platini just to be clear, sewn from a particular loom that only had the Robe di Kappa in use. Something can be found on e-commerce sites, but thousands of euros are needed, especially if the shirt has been worn“. Understanding if a game uniform has really been used in the competition is not easy. Only the most experienced are able to verify its authenticity, thanks to a careful analysis of the details: the size of the numbers, the embroideries, the labels, the position of the sponsor.

“In English – Matteo observes – the term used to indicate a shirt worn in a match is ‘match worn’. Many sellers peddle their shirts as such, but in the end they are just store-bought pieces. The more serious, however, attach a certification that certifies its authenticity. The same is true with the signatures of the players, some are real and others are not, in that case a photograph taken at the time of the autograph can dispel any doubts and convince the collector to pay what is requested “.

Some are rented for shop windows

Riding the trend, the most enterprising have created online stores, collecting historic jerseys around the world and then reselling them at higher prices. Dozens of similar sites have sprung up, with real ‘hounds’ that beat the web in search of valid specimens. But not only that: in addition to being sold, the sweaters can also be rented: to shops to enrich the showcase or for temporary events.

“You must always pay close attention to what you buy – Matteo warns – above all in the last three years many foreign sites have been selling replicas of vintage shirts, sometimes very similar to the originals. They cost 10-20 euros and in most cases the differences from the authentic ones are evident. Then there are those who make almost identical copies, sold for 100-150 euros. Here it becomes more complicated to verify its authenticity and only the most expert eye can do it. I am thinking, for example, of Maradona’s Napoli jerseys, produced by Ennerre at the time. Some companies sell really well-made copies, with a similar fabric and the number on the back stitched in a zigzag, just like the original I own, but with 19 on the shoulders. There are also numerous copies of the shirts used by Sacchi’s Milan, but here finding the fake is a little easier, just look at the typical Kappa logo, the two boys back to back, often not faithful to the original. At the moment the only truly inimitable one is that of Juventus in the Eighties, unless someone is able to build a similar frame ”.